Another person has been arrested in relation to a firearms incident in the Sofitel Hotel in Auckland's Viaduct Harbour in April. 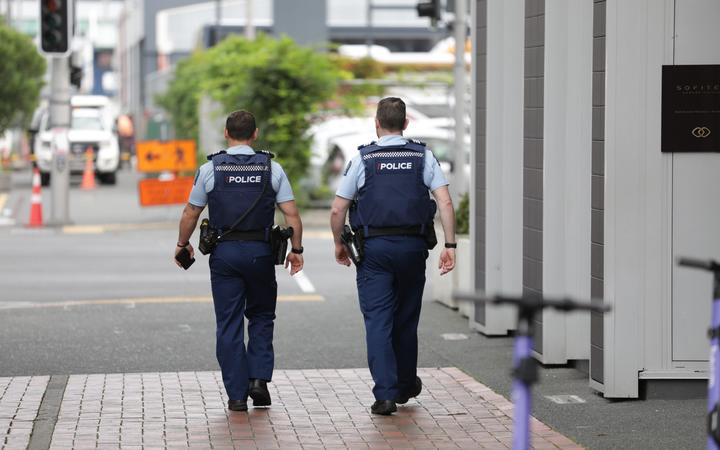 Police patrol near the Sofitel after the incident in April. Photo: RNZ / Simon Rogers

Armed police swarmed the building after shots were fired in the lobby.

The 26-year-old man arrested today has been charged with firearms offences and participating in an organised crime group.

That makes 11 arrests so far in connection with the case, and the police are not ruling out more.