Two rare seabirds have been released back into the wild after being found in a sorry state near two inland King Country towns. 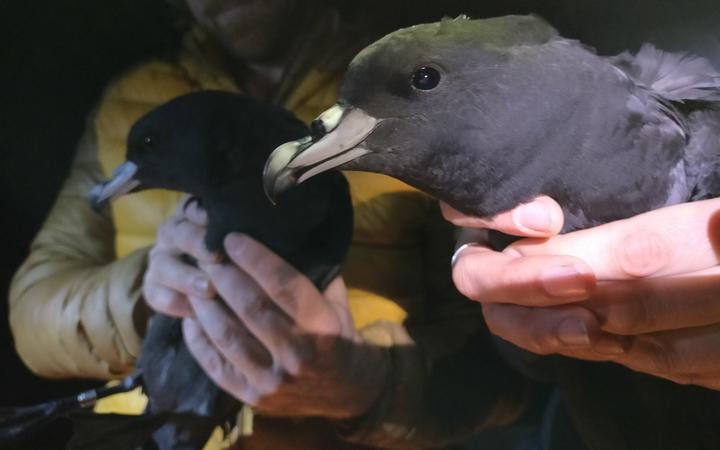 The tāiko or black petrels were discovered more than 60km from the North Island's west coast at Manaiti and Taumaranui last week.

The birds would have been on their seasonal migration to Central America.

The Department of Conservation said the birds were dishevelled and disorientated and were checked over by a vet.

The birds were taken to the Otorohanga Kiwi House and looked after.

They were then taken to Mt Karioi near Raglan and assisted with getting airborne.

Tāiko need a lift to get airborne and must be released into the wind off a cliff or a steep hill by the sea.

DOC said tāiko could get confused and lose their way and be distracted by lights, so crash landing in inland and urban areas was not uncommon, particularly in bad weather.

"They can get seriously off-track and finish up in predicaments like this. Even so, this is a long way south from their Hauraki Gulf colonies."

A branded tāiko chick from the Great Barrier colony ended up on a brightly lit sports field in Paeroa a few years ago.

Tāiko can live for between 20 and 40 years and fully grown adults can weigh up to 800 grams, with a wing span of up to a metre.

The birds are classified as nationally vulnerable and are particularly prone to being caught as by-catch in fishing, due to their feeding habits.