Meeting All Blacks, posing for superhero portraits and a first-ever flight ensured a day to remember for some Koru Care kids. 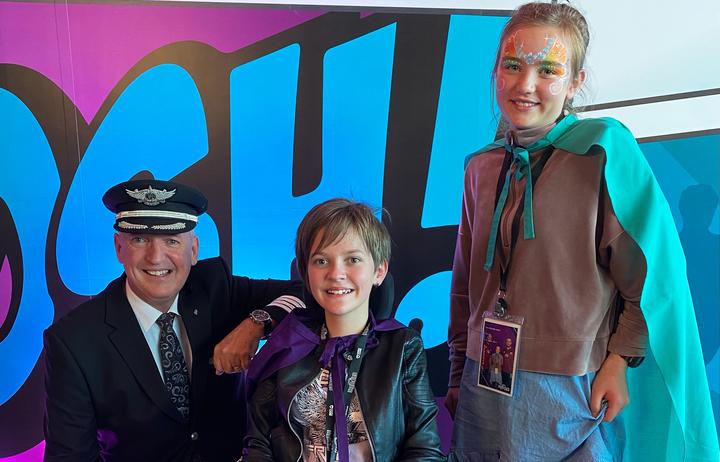 Air New Zealand laid on the special flight, a Boeing 787-9 Dreamliner, that left Christchurch this morning, headed towards the West Coast before flying north to Taranaki using a mystery flight path resembling a kiwi. 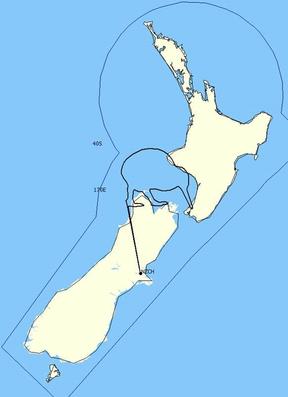 Chief pilot Captain David Morgan was at the controls when the plane took off at 11.40am.

Airline chief executive Greg Foran, who was also on board, said it was inspiring to offer the special charter flight for 50 tamariki who aren't usually able to travel overseas due to medical conditions or family situations.

"Today's flight is a real heart warmer. Some of these children have never been on a plane before so we wanted them to experience the excitement of flying and our teams have pulled out all the stops to make today a magical experience for our Little Heroes."

The children met All Blacks captain Sam Cane and fellow All Black Joe Moody, during a pre-flight party, which also offered the chance for face painting, dancing at a disco and lining up for superhero portraits.

Koru Care chairman Chris George said Air New Zealand has been supporting the children's charity for the past 35 years.