Actor and comedian David McPhail, famous for his impersonations of Prime Minister Robert Muldoon, has died. 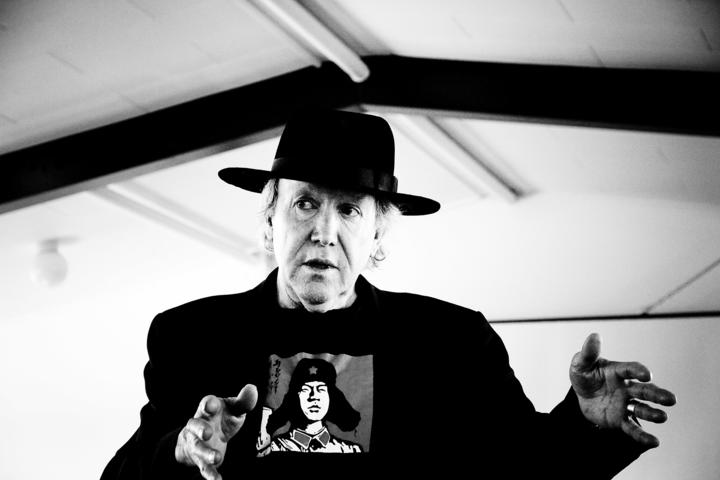 McPhail, 76, was a writer, producer, actor and comedian who became one of the best known people in New Zealand television.

"It is with the deepest sadness that I share with you the news that our wonderful husband, father and grandfather David McPhail died in his sleep last night. He leaves a great big hole in our lives but not in our hearts. A truly beautiful man."

McPhail's son, Matt McPhail, told Afternoons with Jessie Mulligan his father was an amazing father and an amazing man.

He said behind the scenes his father was an incredibly intelligent, thoughtful and warm human being, as well as being an incredible grandfather.

He said his father had not been well and had a heart attack and died during the night.

"But my sister and I had the opportunity to be with him which was amazing when he died."

Matt McPhail said it was an absolute privileged to have been his son.

"Yeah an absolute privilege and I don't think I've realised until I got older how significant he was really to the country."

He said he feels he has shared his father with the country.

"I feel like I've shared the public David but I feel I've had the privilege of knowing the private David as well, he and I were very very close friends and I feel like I've lost my father and a friend.

Matt McPhail also works in television comedy and said his father had always warned him not to take that path.

"He warned me off it, but I don't know the bug was there, there was an allure to what he did and the joy he brought a lot of people."

Matt McPhail said his father will be given a good send-off but will be desperately missed.

Born in Christchurch, David McPhail went first to an Anglican prep school where he loved singing in the choir but was otherwise a rather lonely boy due to a bad stammer.

He was sent to Christchurch Boys' High and said he found himself a bit of a prig among hoons, to whom he had to tell jokes to survive.

McPhail started a BA in English at Canterbury University, but was more interested in capping revues than study, and dropped out to become a cadet reporter on the Christchurch Press.

He later switched to radio reporting and then to television producing where he met such future collaborators as AK Grant, Chris McVeigh and Peter Hawes.

They formed a group to put on a revues, and brought in Derek Payne, and more importantly Jon Gadsby who McPhail had met at a party.

They were to establish a team which, from the early 1970s, in series such as A Week of It, McPhail and Gadsby, and Issues, they took political satire to a new level in New Zealand.

In an interview with Jessie Mulligan last month, McPhail said he did not get a good response from his superiors when he pitched an idea for a satirical comedy in New Zealand in 1977.

"I was told there was no place for satire, New Zealanders didn't really have a sense of humour, and besides we had no right to make fun of public figures.

"As the project I was pitching required all of those it did seem to be a bit of a lost cause", he said.

However, he was eventually granted a pilot and then six shows.

McPhail said one impersonation he did had a particular resonance.

"And for that I'm thankful for the presence of one of the most dynamic, nasty, dangerous, vicious politicians in New Zealand history and that was Robert Muldoon - and also a very, very vague resemblance to him."

The duo skewered successive governments in ways which for many people created their perceptions of such figures of the day, most notably McPhail as Rob Muldoon.

McPhail co-wrote or acted in many other TV programmes such as Letter to Blanchy.

From the early 1990s, he turned increasingly to serious acting at Christchurch's Court Theatre, and in 2003 began touring his one-man play Muldoon.

He also wrote a newspaper column.

Comedian and actor Mark Hadlow has paid tribute to McPhail who was his good friend.

He said McPhail was very humble despite having "this crown of greatness as one of the great achievers of political satire".

Hadlow said McPhail was a pioneering figure in New Zealand television comedy because he was a great voyeur of people who was adaptable and open.

"David was a wonderful person, a very good friend and he is going to be sadly missed."

Hadlow said performing with McPhail as one of the gangsters in Kiss Me Kate at the Court Theatre in Christchurch was one of the highlights of his life.

'Mentor of my life' - Pete Rowley

Longtime colleague and friend Pete Rowley told Checkpoint that McPhail was a gentleman who was also generous with his encouragement of others.

"He wanted the very best out of you and he did it in such a lovely way. He became a very close friend. Both he and Anne McPhail were almost like my other parents.

"They were so giving and loving, and understanding, because I was a bit of a twat when I was younger."

He regarded McPhail as "the mentor of my life".

"He was extraordinary, a trailblazer. He created a path of mirth and humour through a grey quagmire of politics, and lifted the psyche of this country in their thinking of both politics and comedy."

If he had another chance to speak to McPhail, Rowley would say: "I'm sorry David. I know I was a twat. But thank you for turning me into a much better twat.

"He put up with a lot with me. I tell you he's very patient."

David McPhail is survived by his wife, Anne, and their two children.