A species of native fungi has been photographed glowing with bioluminescence - a fact that has previously eluded mycologists. 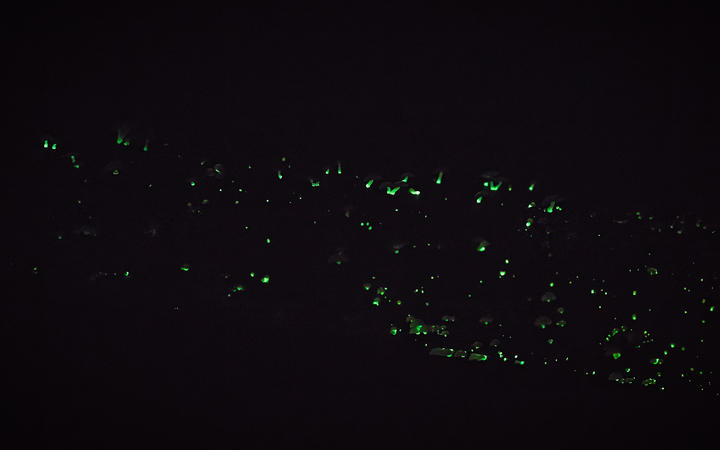 A photograph taken during the annual "fungal foray" at Stewart Island showed that Mycena roseoflava does indeed have a glow - a fact that eluded mycologists since the species was first described 60 years ago. Photo: Supplied / David Hera

New Zealand Fungarium curator Dr Maj Padamsee told Morning Report the fungus was already known - it had been described by science about 60 years ago - but the fact it was bioluminescent was not.

"There are a bunch of genes called luciferins which make the fungus glow.

"It could have been found before but it just hadn't been recorded - people who had been out in the forest might have seen something because it's not very bright... it's a very pale light colour. 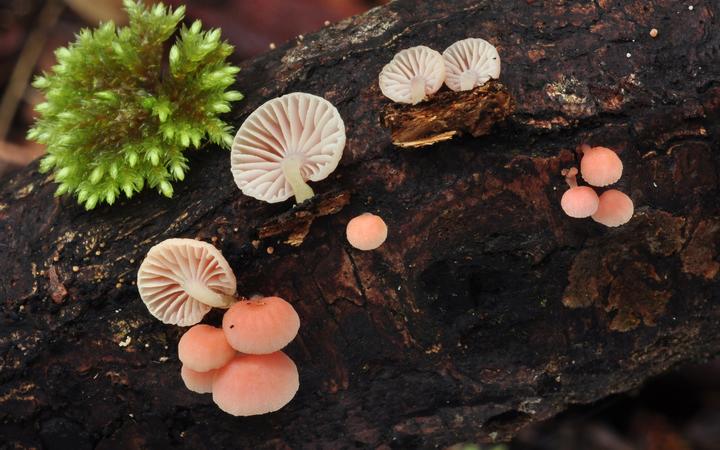 "As far as the Fungal Foray, we've been going out on these night walks ... and finding more and more glow in the dark mushrooms."

Luciferins also give fireflies and some marine organisms the ability to light up, but it is not understood why these fungi have evolved to be luminescent at certain stages of their life cycle.

Asked if Māori may have known of the bioluminescence, Padamsee said she was sure that it would have been noticed in the past.

As for spotting the fungi, she said "you do have to be out in the forest for a while and you have to kind of look out to the side of your eye and you can see it". 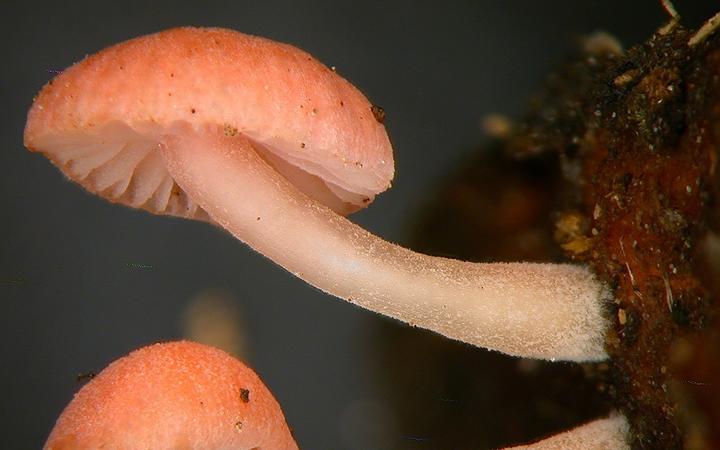 PhD student David Hera also captured an image of the bioluminescent veil of the native to New Zealand Armillaria novae-zelandiae. It is only the second known photograph of this species in its bioluminescent state.

Known as harore in te reo Māori or honey mushroom in English, mushrooms of Armillaria novae-zelandiae develop mainly in winter on dead trees, which the species helps to decompose, returning nutrients to the soil.

"Taking photos of these fungi at night is a challenge similar to deep sky astrophotography," Hera said.

"In order to get a clear picture, it requires multiple long exposures of eight-plus minutes at very high ISO (camera sensitivity) settings and some intensive post-processing. An additional hurdle when taking these in the forest at night on cold evenings is condensation on the camera lens, which makes for very blurry, fogged up photos."