Prime Minister Jacinda Ardern has announced that she will lead a trade and promotional delegation to Australia in early July, which will be New Zealand's first since Covid-19 hit.

Ardern made a pre-Budget speech to Business NZ in Auckland today called 'Reconnecting to the World,' discussing the border, trade, immigration and child poverty.

She said the July trip would aim to "further strengthen business ties with our trans-Tasman partners".

Trade Minister Damien O'Connor will also travel to London and Brussels next month to discuss negotiations for New Zealand's free trade agreements with the UK and EU.

"Securing high-quality, comprehensive and inclusive FTAs with the EU and UK expands our market opportunities, playing a big part in our Covid-19 trade recovery strategy and building on what have been long-standing traditional relationships," Ardern said.

Ardern said O'Connor will be vaccinated ahead of departure and like all returning New Zealanders, he will go through 14 days in MIQ on return.

"These trips may not have been overly notable pre-Covid, but they are hugely significant in light of the domestic realities we've been experiencing, and the global ones that still persist.

"I can also assure you that when our key trading partners over and above Australia look to reopen their borders and we have greater movement between countries, I will look to lead delegations into Europe, the United States, China and the wider Asia-Pacific." 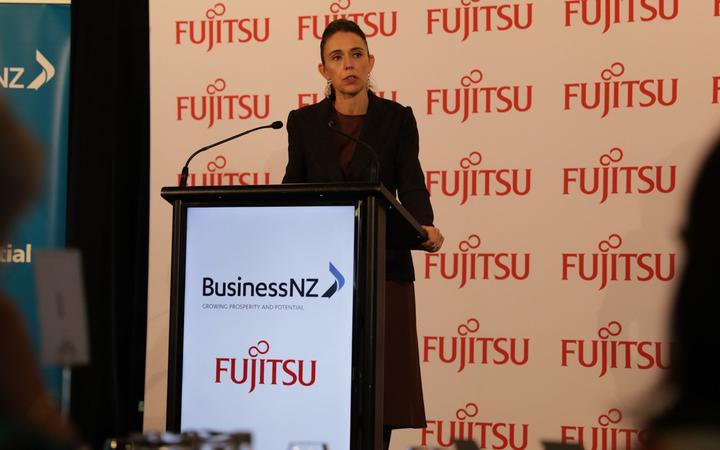 She said the New Zealand economy is performing much better than expected over the past 12 months and it is because of the foundations laid in Budget 2020.

"Our March quarterly benefit statistics showed a record number of people have come off the benefit, with nearly 33,000 entering paid work.

"Unemployment dropped to 4.7 percent in the first three months of the year, well down on the 6.5 percent forecast, and low when compared to the average jobless rate across the OECD, which sits at 6.7 percent, and with Australia, where it's 5.9.

"Exports remain resilient and firms also appear willing to invest more off the back of an improving environment, with imports of capital goods strengthening."

She said Budget 2021 will support the recovery but will become more targeted.

"We will continue to focus on our key priorities - keeping New Zealanders safe from Covid, accelerating the recovery and rebuild, and laying the foundations for the future by addressing long term challenges such as housing, climate change and child wellbeing."

Ardern said the government was looking to "shift the balance away from low-skilled work, towards attracting high-skilled migrants". She said the focus was on filling genuine skills shortages.

Immigration Minister Kris Faafoi has been working on reforms to temporary work visas and a review of the Skilled Migrant Category visa.

The Productivity Commission is looking into the country's immigration settings, including the impact of immigration on the labour market, housing and associated infrastructure, and the natural environment.

Earlier this week, the government announced 2400 more RSE workers will be allowed by March next year.

There will also be MIQ spaces for 400 international students.

Ardern opened the speech by saying too many children lived in low-income households, or experienced racism, bullying or violence, with Māori, Pacific, disabled children and young people more likely to experience worse outcomes.

Finance Minister Grant Robertson indicated that Budget 2021 "will be a recovery and wellbeing budget".

Details of the Budget will be revealed next Thursday, 20 May.