A who made a public appeal for help in a 10 year search for a missing plane in the Canterbury High Country has received hundreds of messages. 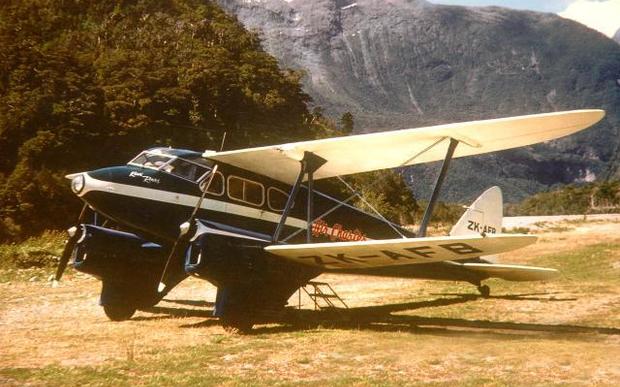 In 1962, a Dragonfly-type plane took off on a scenic flight from Christchurch to Milford Sound with five people on board, including a newlywed couple.

Filmmaker Bobby Reeve and his family have been looking for the Dragonfly since 2008, and made the appeal for help in January.

They have received 400 emails, and had the help of a pair of mountaineers who've photographed the glaciers where the plane is thought to have crashed.

"A father and son actually, went up and photographed the glaciers for us, and did some video... of the glaciers. It gives us more of an idea now of what we're looking for, what we're into.

"It's another step forward. We've had pilots who flew at the same time, and they've also said that we're into the right place."

Reeve said in spring there are plans for a drone to be flown over the area to search the foot of the glaciers.