Germany has agreed to return priceless stolen artefacts to Africa but Canterbury Museum - which holds a large collection of Benin Art - says they've had no requests to return the pieces. 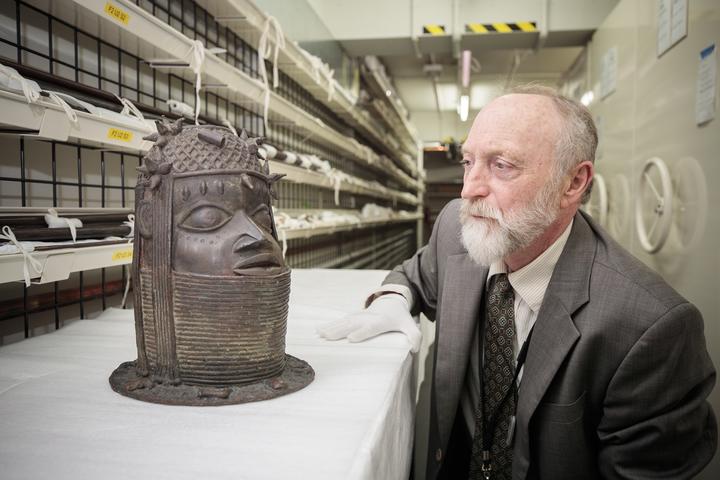 At the turn of the 19th century, British soldiers looted sculptures known as Benin Bronzes from the Kingdom of Benin, which is now Nigeria.

Canterbury Museum has the biggest collection of Benin Art in Australasia, including ivory and bronze figurines, bracelets, amulets and three bronze heads.

Most were purchased at auction, but at least one was traded for moa bones.

The museum's head of collections and research, Sarah Murray, told Morning Report they had not received any official requests to return the artefacts.

"If we did, we would, of course, consider that really carefully. As we do with any request to return taonga or treasures to the country of origin," Murray said.

A question which museums grapple with was whether they needed to be proactive about returning treasures or to wait until asked, she said.

"Most museums have prioritised returning human remains in the first instance. And as you can imagine, there's quite a lot of time and resources required to make sure that you're returning the right people, to the right people.

"But certainly there is a big task ahead of not just New Zealand museums, but around the world."

Murray said the origins of much of the collection was "fairly dubious".

"We know that our records have shown that we purchased them from agents. But of course, before those agents came into contact with them, most of that art made its way out through that expedition.

"The items at the time were looted, to offset the costs of the expedition, and with our modernised [ideals], we would probably view that in quite a different way."