An Auckland property owner feels helpless after years of fighting for a fix to the wrongly installed extractor system spewing smoke above her store. 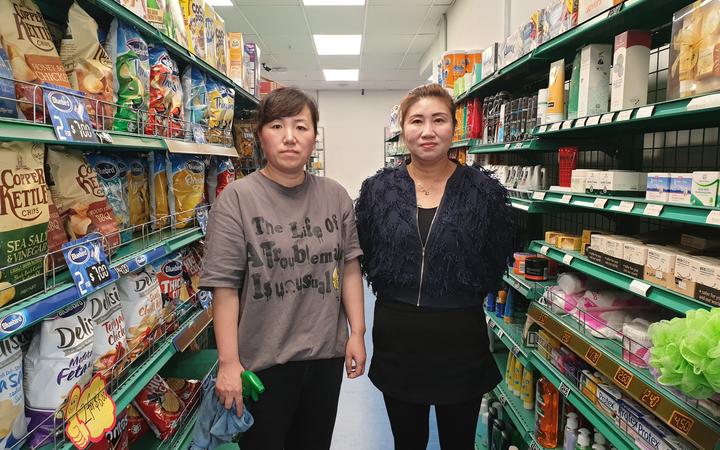 The owner has asked for help from everyone she can, including the council and building management, but nothing has changed.

For the past two years, Wang Xiujing and her husband have been running a dairy shop on the ground floor of a high-rise building on Hobson Street in central Auckland.

With two extractor outlets over the entrance, the upper half of their glass door is covered with black grease and oily marks can be seen on the ground. 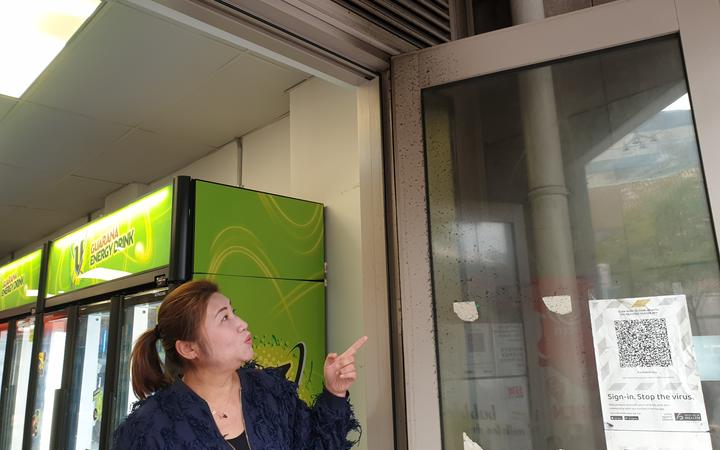 Customer Miles Nguyen said he went past the shop three or four times every week and the smoke was distinct.

"Early in the afternoon on a hot day, the smell is really strong. It's not a good thing to see every day. I don't know what's that on the floor. It looks muddy. It's not making the street look any better," he said.

Wang, whose words have been translated from mandarin, said it was a pain.

"The duct pipe is right above my front door, every day from nine, 10 o'clock in the morning to midnight, there are all sorts of smells and plumes of smoke coming through." 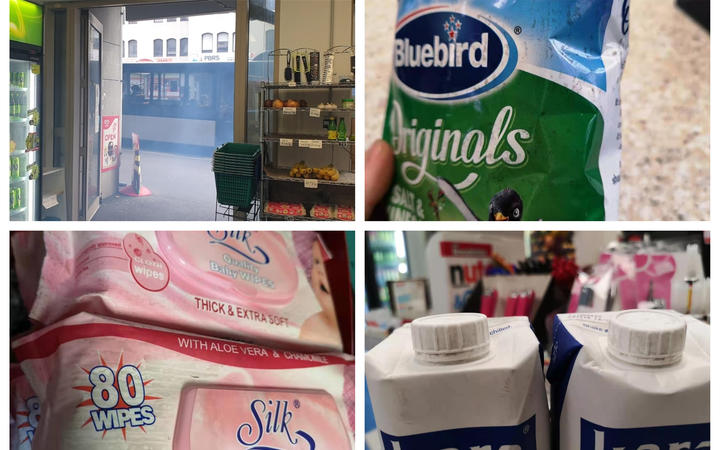 Clockwise from top left: Smoke from the extractor, and grease left on packaging from the smoke. Photo: Supplied

Wang said she had to wipe packaging clean and the grime did not come off easily. The smoke could waft into the fridges, leaving some milk and juice cartons with black marks. In summer, the shop could get so hot that chocolates melted, she said.

"I'm having a headache every day, feeling that my head is going to pop - the strong odour and smoke, which is impossible to put up with long term. The customers can't endure that either, some would just leave straight after they came in because it was too hot. My business has been affected a lot."

Earlier this month, Wang fainted in her shop and was taken to the doctor. The doctor did not find anything unusual but she was worried the situation was going to take a toll on her health.

Property owner Xu Yang has been fighting for a fix since buying the dairy unit four years ago.

"During the past four years, I've never stopped contacting the body corporate and Auckland Council and everyone else, but no one came to solve the problem," she said.

Emails showed Auckland Council's environmental health and building consents teams had demanded a remedy in the past few years. In one email, the council said the ducting was "not lawful" as there was no approved building consent.

However, Xu questioned why it was taking so long for anything to happen. 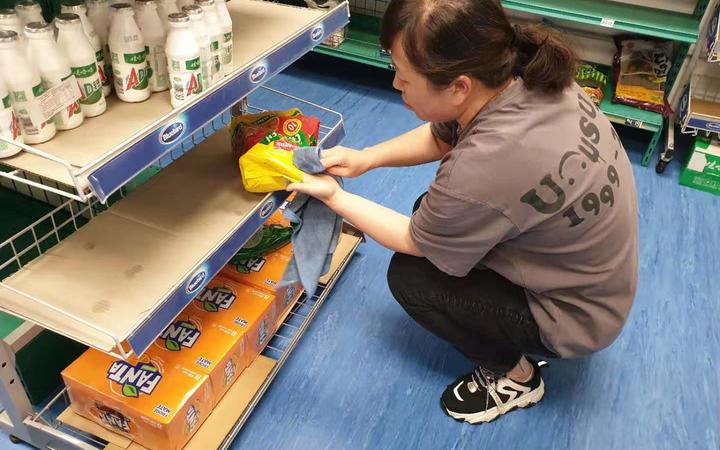 Wang Xiujing says she has to wipe packaging clean and the grime does not come off easily. Photo: RNZ / Liu Chen

In a statement to RNZ, the council's field surveying manager Jeff Fahrensohn said the council had been working with the body corporate on remedial actions, but due to factors including some owners living overseas delaying the body corp approval process and delays due to Covid-19, progress has been slow.

A building consent application for the remedial works was submitted this month and was being fast-tracked, he said.

"The council is committed to working with the body corp to ensure the matter is addressed in a timely manner, once the consent has been issued."

The original building consent was approved showing the extract duct compliantly terminating above the roofline, he said.

"However, it appears that it was installed in an incorrect position and the council was not notified of this change."

A Code Compliance Certificate had already been issued before the council was made aware the extractor ducting was in the wrong place. The consent could be rescinded, but before taking this action, the council would engage with the body corp regarding re-routing the duct.

"In the interim, the council has provided a recommendation to direct the extract discharge away from the shop entrance until work on re-routing the duct can begin. This involved the removal of the hanging sign in front of the shop and installing a temporary duct sleeve to extend the discharge vent beyond the building line. However, the shop owner has not given their permission for the sign to be removed," Fahrensohn said.

As for the temporary solution, Xu said she was only told to remove the sign and was not aware about the plan for a duct sleeve to be installed. She just hoped the smoke problem could be fixed soon.

"I feel exhausted. I was wondering why I would come across things like this? New Zealand is such a fair and free country, but this is so unfair. I feel helpless."

The owner of the adjacent takeaway shop, who did not want to be named, said he was aware of the problem and was also anxiously waiting for a solution.

He heard the plan was to move the ducting to the rear of the building, he said.

"I have nothing to do with this... What can I do about it? When I signed the lease, I was guaranteed that I won't have issue operating due to the ventilation ... all the parties should stay calm and wait for a solution. The council should hurry up with the consent."

RNZ has approached the body corporate of the building for comment.