People arriving in New Zealand from Brisbane are being asked to monitor their health for the next 14 days, after a reported green zone breach at Brisbane Airport. 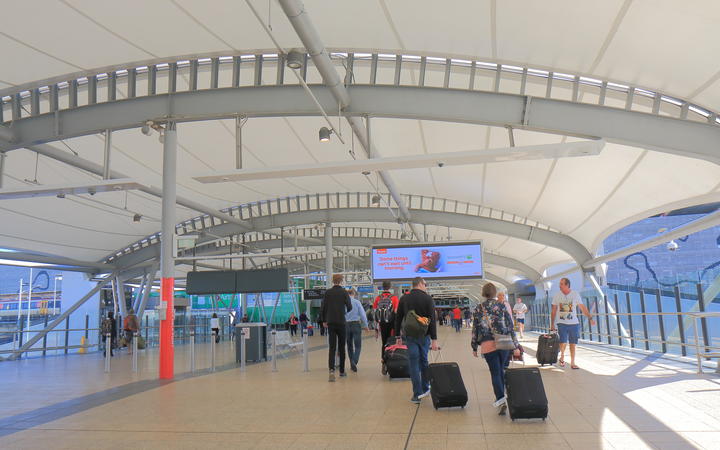 The reported incident was in the Hudson Cafe where two individuals from a red zone country were at the cafe at the same time as green zone passengers.

New Zealand's Ministry of Health said the risk was low.

Queensland Health told the ministry the passengers had been wearing masks, maintained distancing measures and were not symptomatic, the ministry said.

A second test from swabs taken today returned a weak positive for one test and a negative for the other.

The three flights affected are NZ202 from Brisbane to Christchurch today, NZ146 which landed in Auckland, and Qantas flight 135 which arrived in Christchurch.

Passengers on all three flights had been informed of the potential breach and given advice about monitoring their health for the next two weeks, the ministry said.

In a statement, Brisbane Airport Corporation (BAC) said the breach was "due to human error".

"At approximately 9:30am, two transit passengers arrived on a 'red' flight from Port Moresby and proceeded through screening to transit as per normal process.

"Initial review of CCTV indicates that at approximately 9.55am, these passengers were incorrectly allowed into the 'green zone'.

"The passengers were seated at a retail outlet within the green zone until approximately 11.20am.

"The passengers then used the bathroom and attended another retailer before they were located by BAC staff and returned to the 'red zone'. They were in the green zone for just under two hours."

BAC said all workers and passengers in the green area were wearing PPE and all areas of interest have since been thoroughly cleaned.

There were approximately 390 passengers on the flights to New Zealand, with only a handful believed to be in the same area as the 'red zone' passengers at the same time, BAC said.