A woman found guilty of shooting and killing her partner, thinking it was an intruder, has been sentenced to nine months' home detention. 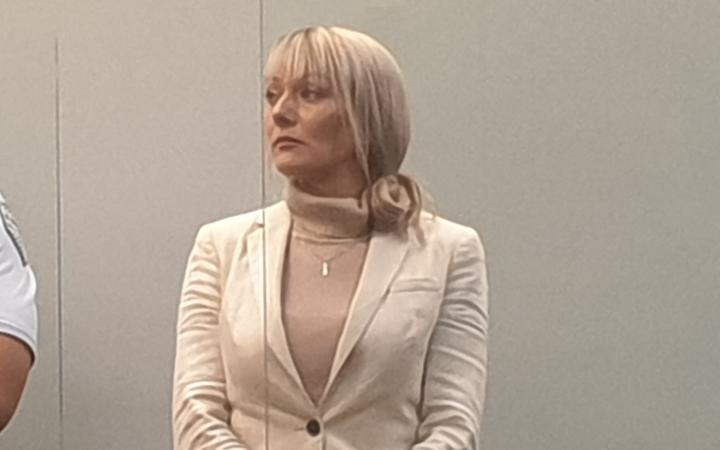 Amy Smith was found guilty of the manslaughter of her partner of 12 years, Danny Taylor, on a rural property north-west of Auckland in April 2019.

His family say their lives have been ripped apart. Smith, who is said to be genuinely remorseful, avoided any more jail time after the judge significantly reduced her potential sentence to one of home detention.

In April 2019 Amy Smith and Danny Taylor found out someone was planning to raid their property in South Head and steal their cannabis crop. Smith was on methamphetamine at the time.

Alert to a threat, in the darkness the next morning, she thought the intruders had arrived.

"There was actually never much dispute at trial about what occurred," Justice Peters said today in sentencing.

"You believed an intruder was inside the house. Thinking the intruder was coming towards you, you fired. The shot you fired into the darkness hit Mr Taylor in his left arm. The bullet went through his arm, through his ribcage and into his heart, causing his death."

Smith thought Taylor was still upstairs surveying the situation from a window, but unknown to her he'd gone outside. Smith shot him as he was coming back inside.

Justice Peters said by the time an ambulance arrived Taylor was dead, and Smith was hysterical.

In the trial in February this year, her defence was one of self-defence, and the jury subsequently accepted that she did not intentionally kill Taylor. Smith accepted she pulled the trigger.

Today she was crying throughout the sentencing, paying attention to the judge, looking at her family and supporters, and at Taylor's family.

"He taught me how to ride my bike without training wheels, he taught me how to drive a car ... if he was here, he could be the Grand-Dan I knew he was excited to be. But he never got to spend quality time with my eldest son, never got to meet my youngest and will never get to meet our new baby. It's not only them who will miss out but it's me too," she said through tears.

Taylor's mother Faye Taylor said it was the worst news a parent could hear, and life had been a living nightmare since.

"A parent should not be burying their son. Our family has been ripped apart. [Taylor's father] Bruce and I are the ones with the life sentence."

Both Bruce and Faye are seriously ill.

"We pray for peace now for myself and my family."

Smith's lawyer Susan Gray said her client was genuinely remorseful, and since the shooting had turned her life around, kicking her addiction to drugs and successfully studying. The drug rehab centre she spent time at said they would take her back as a staff member.

Justice Peters factored in to her sentencing that Smith had already spent nine months in prison after the shooting, and 12 months on electronically monitored bail, which she did not breach once.

"You and Mr Taylor appear to have been soulmates and I accept that you would turn back the clock if you possibly could, not for your own sake, but because it would bring him back to his family."

To this Smith nodded emphatically through tears.

In determing her sentence Justice Peters gave Smith time discounts from the "starting point" of a sentence for manslaughter. The discounts were given due to remorse, offering to plead guilty to manslaughter, rehabilitation efforts and good behaviour on bail.

The judge ended at a sentence of nine months' home detention, and 400 hours of community work.