By Rob Kidd of

A woman who rolled her car into Otago Harbour while drunk was lucky she did not drown, a judge says. 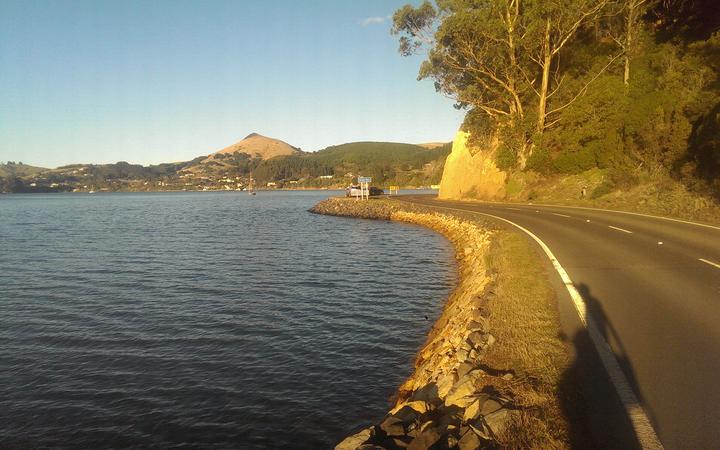 Angela Jean Carey, 42, who has been convicted of drink-driving eight times, told police she ended up in the harbour near Aramoana on 9 October last year because she had swerved to avoid some ducks.

The Suzuki she was driving ended up on its roof and she was given a lift home by passers-by who saw her plight.

But when police later found her at home she gave a breath-alcohol reading of 1075mcg - more than four times the legal limit.

The defendant was on bail at the time for yet another alcohol-fuelled incident just weeks earlier, the Dunedin District Court heard at a recent sentencing.

Carey had pleaded guilty to that charge and was allowed on to The Right Track programme - a course lauded by many involved in the justice system for its effectiveness - aimed specifically at turning around recidivist driving offenders.

She left the course following the October crash.

A man who described himself as "a concerned friend of the family" told the Otago Daily Times after last year's repeated calamities that they were worried about what Carey might do next.

"This woman needs to be stopped before she kills others and herself," he said.

On July 18, 2020 she was seen driving in State Highway 1 between Green Island and Mosgiel, late at night with her headlights off.

A member of the public continuously flashed their lights at her, eventually prompting her to pull over near Mosgiel.

When police turned up, Carey was asleep in the driver's seat and was unsure even why she was there at all.

"In explanation ... she believed she may have been driving to Milton, but was not entirely certain," police said.

The severity of her alcoholism was laid bare when she was sentenced in the Dunedin District Court, in 2017.

Earlier that week she had shown up for a counselling session after downing half a bottle of vodka, then turned up for her court hearing a couple of days later similarly intoxicated.

Such was her state, court security staff said it would take two people to carry her into the dock.

Carey had to dry out in the cells overnight before being sentenced.

On that occasion, the court heard she had driven through the Octagon in her Toyota Caldina, through a red light at the intersection with Princes St, then made an illegal right turn and hit a concrete planter box outside Night 'n Day, narrowly missing a pedestrian.

Members of the public pulled her from the wreckage.

Later, she refused to provide an evidential breath or blood sample for police.

At her most recent sentencing, Judge David Saunders said Carey had been lucky that during her escapades she had not killed anyone.

"You could quite easily have been knocked out and drowned as a result of what happened on October 9," he said.

"You will know from the white crosses on the sides of the road and the various shrines that some people construct to represent what they valued as a life of the person that was deceased that it impacts on many families ... and we know that a high percentage of the road deaths occur by people who are under the influence of either alcohol or drugs."

Judge Saunders jailed Carey for 14 months and only permitted it to be converted to home detention should she find a residential rehabilitation facility that would accept her.

- This story was first published on The Otago Daily Times website.