Auckland Council is giving thousands of kauri trees in the Waitākere Ranges a full health check, in the latest bid to tackle kauri dieback disease.

More than 3000 random kauri, both healthy and unhealthy, will be tracked and monitored over years.

"So if you're just focusing on one population, i e those diseased trees, you're not really understanding how that disease is operating overall."

This was the third kauri dieback survey rolled out by Auckland Council, with the first two focused on finding the kauri dieback-causing pathogen in the soil. 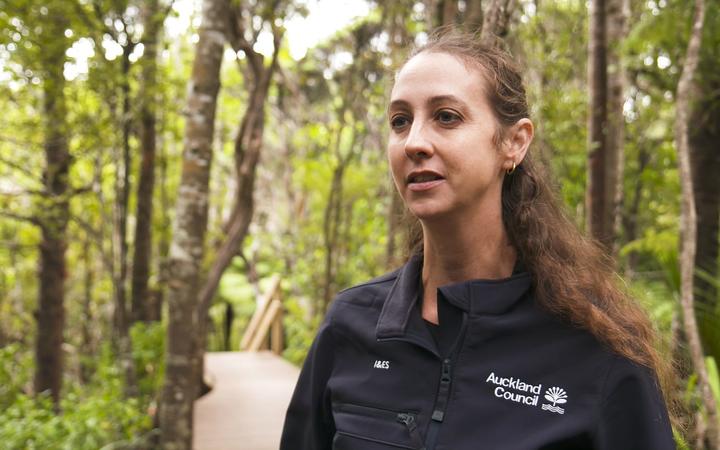 Tolich said the key difference here was the inclusion of healthy trees, which she said would help the council to gain an overall picture of kauri health.

The survey would also help staff to understand how measures like track upgrades, the rāhui, closures and hygiene measures had impacted the spread of the disease.

Fredrik Hjlem from BioSense was one of the team tasked with surveying the 3500 kauri, measuring their trunks, looking at the leaves and examining the soil below - all done after he had cleaned his boots thoroughly to prevent any further spread.

"It's a vast diversity of trees. We're trying to get all the aspects of the trees, so up on the ridges, down the valleys, large ones, small ones..." 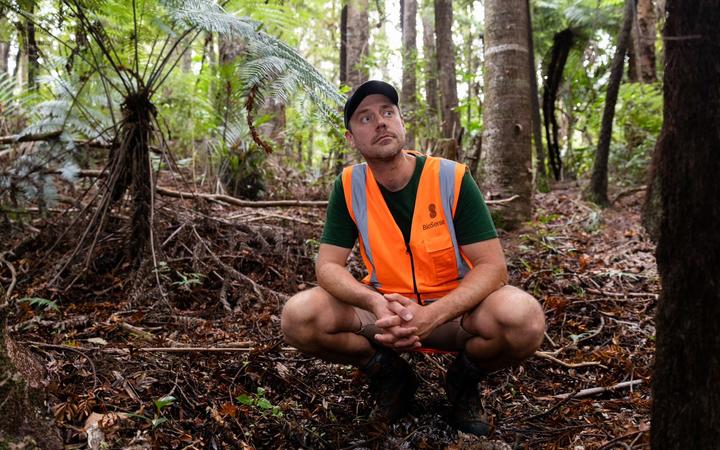 Kauri are one of New Zealand's most special species of trees, Fredrik Hjlem from BioSense says. Photo: RNZ / Dan Cook

Hjelm was under no illusions, working on the frontline he knew how difficult kauri dieback was to fight, but it that did not mean he would not try.

"I mean it's one of the most iconic trees of New Zealand and maybe in the world as well, it's an ancient species of tree and ecosystems," Hjelm said.

"I've worked with them for seven years now and I definitely want to keep working with them. It's definitely worth fighting for."

Threat to other species too

That was echoed by Associate Professor Bruce Burns, from the School of Biological Sciences at the University of Auckland.

He warned other native species could also be lost if kauri dieback was not stopped.

"It almost selects the species that live with it and so if we take kauri out of the system then all those species that are dependent on it will also be lost.

Taking care of the kauri was a job for all and Tolich said it would take a sustained effort.

"The opportunity to eradicate the disease has well and truly passed, so this is more about how we can focus on reducing the spread of the disease, but also how we can reduce the impact where the disease is."

Over the Waitākere forest canopy it's not hard to see the damage kauri dieback has done. Photo: RNZ / Dan Cook