More than 430,000 animals were used or bred for scientific research in New Zealand in the last year data is available for, and an animal rights group says it's not good enough that the numbers are not decreasing. 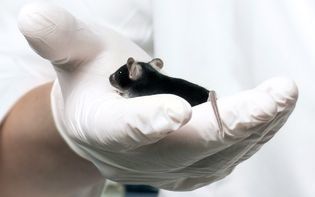 Figures from the Ministry for Primary Industries (MPI) show more than 300,000 animals were used for research, tests and teaching studies in 2019, and about a third died or were euthanised afterwards.

More than 130,000 additional animals were bred for testing but were never used, and so were subsequently killed. It is the first year this category has been included in the MPI data.

"They're showing us that there's a real carelessness around the actual use of animals, and not enough value is put on their life. So we're seeing over 136,000 animals were bred to be used in science, and because they were no longer needed, they were killed in excess."

"Over the last several decades, there have been no significant changes" in the overall numbers being used, and the lack of progress was disappointing, Jackson said.

Her organisation called for a transition to better methods for research, and want people to sign a petition calling on the government to increase reporting and regulation for animals used in science, and to reallocate funding to technologies not dependant on animals.

"It's a growing trend internationally, that more and more researchers and scientists around the world are embracing these new technologies," Jackson said. "So we really want to see the government incentivising this, with a lot more funding available for non-animal based research."

Jackson said among the scientific community there was a mix of opinions about the value of non-animal based research.

"There's not just one attitude amongst the entire scientific community. We've got universities and individuals out there in New Zealand who do agree with us on a lot of things, and we do work together a lot behind the scenes.

"And then there are individuals and institutes that are very much steaming forward on the path of using animals in science, and don't want to derail their path. A good example of that is Otago University: they've just finished building a new $50 million animal lab."

Jackson said of the animals bred for testing that were euthanised and had not been used, more than half had been bred by Otago University.

"This just shows a shocking and callous disregard for life."

In a statement, Otago University deputy vice-chancellor of research and enterprise Professor Richard Blaikie said the new laboratory would improve their research and help reduce the numbers of animals used.

"Otago is committed to reducing, refining and replacing the use of animals involved in our research - the three Rs - wherever possible, while maintaining our reputation for world-class research that is ethically justified based on the benefits in understanding and insights that it brings. Our new state-of-the-art research facility will help meet our three Rs commitments in a number of ways.

"Research undertaken at the University of Otago has contributed directly to significant medical breakthroughs in many chronic and deadly diseases and conditions, including heart disease, infertility, diabetes and cancer. Unfortunately, progress on these and other conditions, would come to a halt if we did not have the privilege of using animals in our research.

"There is currently no other method of conducting this research - the technology does not exist."