Three people have been arrested for trespass during a protest in an urban Auckland forest. 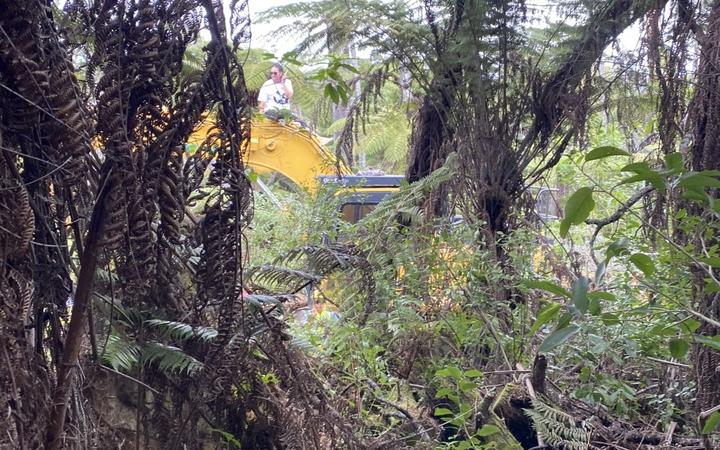 A woman was arrested at Western Springs forest after climbing on top of contractors' digger. Photo: Luke Wijohn / Supplied

Police said those arrested were part of a small number of people who gathered in Western Springs to oppose the removal of pine trees, while the protesters have said they were against the felling of natives.

In a statement, Auckland Council said they were removing 198 exotic pine trees in the area, most of which were either dead or dying and had become a health and safety risk.

The council said a restoration project would return the area to native forest.

However, the protesters said the trees being felled included a 10-15 year old kauri tree planted by the council, a 25-30 year old pōhutukawa tree, mature ponga, whekī, and over a dozen other self-seeded native trees including red matipo, coprosma, karo and pittosporum. 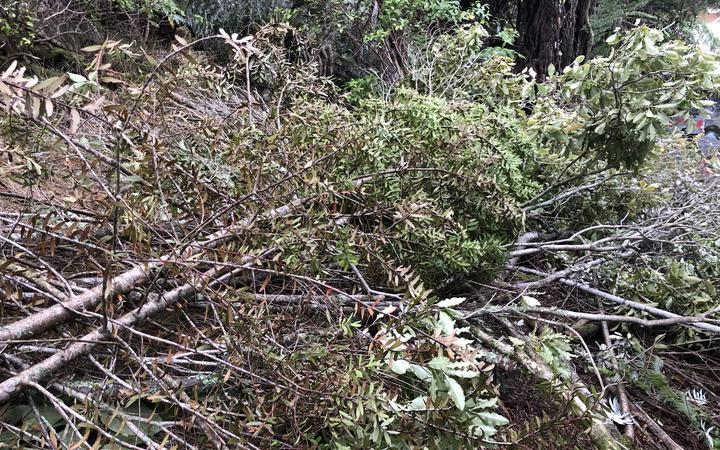 Those trees were being cut down to build a machinery track to allow for the felling of the more than 200 pine trees, the protesters said.

The protesters said they attended an Environment Court proceeding on Saturday, but found when they returned to the forest that council contractors had already begun felling trees.

They said one of those arrested was a woman who climbed on to a digger.