Police found explosives, a revolver and ammunition at a property on Auckland's North Shore yesterday. 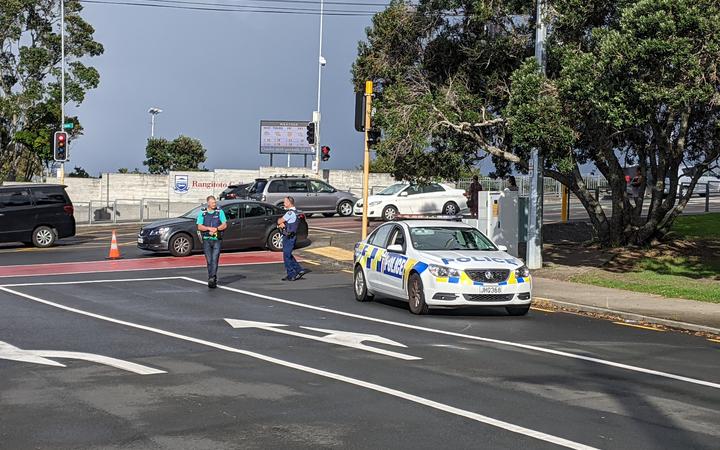 Police at a cordon near the property yesterday. Photo: RNZ / Adam Jacobson

A search warrant was conducted at the Murray's Bay property, and nearby residents evacuated from their homes.

They are all members of outlaw motorcycle gangs, police said.

The men face charges in relation to the unlawful possession of explosives.

One man has also been charged with unlawful possession of a pistol and ammunition.

The men are due to appear in the North Shore District Court today.