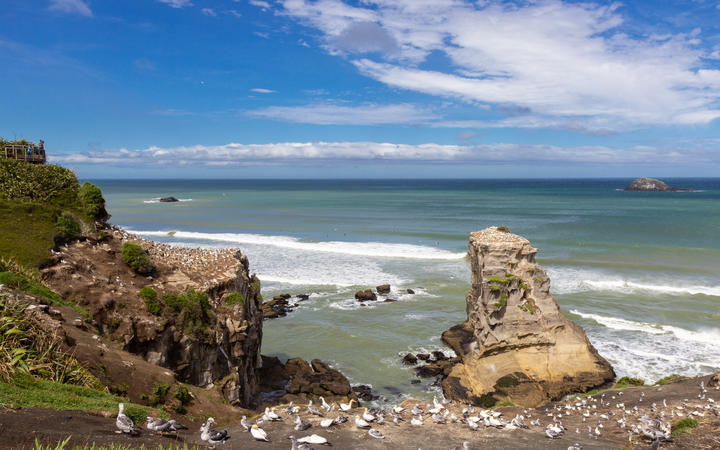 Police are investigating the dead tākapu, which were discovered last month after the region emerged from its alert level 3 lockdown.

"For somebody to come up to Muriwai and shoot eight birds at that location, actually anywhere, is mind-numbing. You think to yourself, what could have ever possessed somebody to think that was even remotely OK," he said.

"A member of the public noticed the birds on the 7th of March and took a photograph of them and forwarded it to us."

The birds were recovered by park staff and taken to bird rescue to establish a cause of death.

They found gannets were shot with pellets, most likely from a high-powered air rifle.

"In one case, one bird was shot multiple times."

Bell said Muriwai was very busy during the level 3 lockdown, when the birds were shot.

It's very likely the birds were killed around 7 March and that someone saw this happen, he said.

He is asking anyone with information to contact the police.