Scientists have started digging into a beach on the southern coast of the North Island, searching for clues about earthquakes and tsunamis that have occurred in the past. 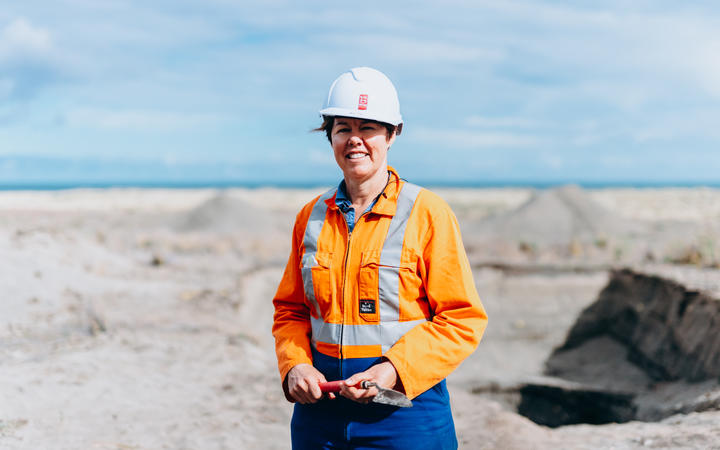 The study, which has taken two years to get to this point, is part of a larger project investigating the region's earthquakes hazards.

It is called the It's Our Fault project and is funded by the Earthquake Commission, Wellington City Council, and Wellington Regional Emergency Management Office.

It has the aim of improving the region's understanding of the risks earthquakes and tsunamis pose.

The scientists - Dr Nicola Litchfield and Dr Andrew Howell - set up at Te Humenga Point, not far from Cape Palliser, which was the optimal location.

"It's characteristic in that there's a series of beach ridges in places all along the coast, and in fact higher ones as well," Dr Litchfield said.

"We think they're uplifted in individual earthquakes."

Now, and for the rest of the week, they will be combing through those trenches on the hunt for little treasures stored within the earth.

"We're scraping the sides of these trenches to try and find the shells within the beach sediments," Dr Howell said.

"Once we get those shells we can send them off to the radio carbon lab, get an age for the shell, which we can then use to constrain the date of the earthquake that uplifted the coast."

They already had some success.

"Particularly in the farthest pit we have managed to find some shells for dating, so we've been carefully sampling those. 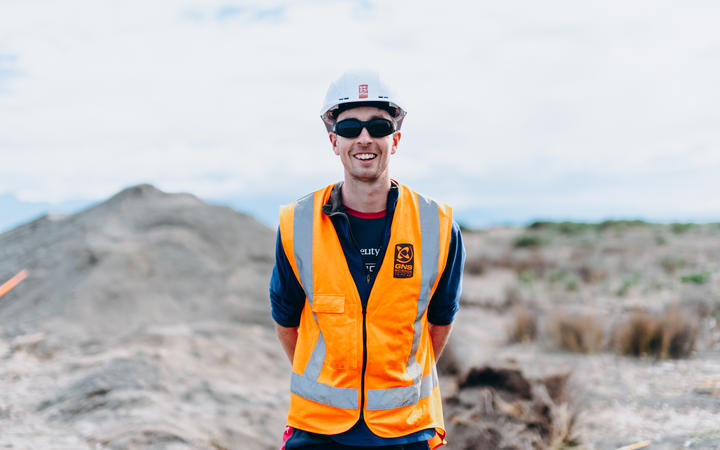 "We've also found in this one some pumice, pebbles, and they are most likely to be Taupō pumice, which was from the Taupō eruption about 1700 years ago, so we already know that these two beach ridges are younger than 1700 years."

By finding out the age of the shells, it is hoped they will be able to ascertain the frequency and size of seismic activity in this part of the country.

The age can also be compared with other earthquake sites from the rest of the region, to identify which fault caused which earthquake.

"So, for example, the sites we're doing here," Dr Litchfield said, "if the earthquake ages from the shells match the ages of some terraces [or] beach ridges north of Cape Palliser, that might tell us that the uplift is occurring on the Palliser Kaiwhara Fault which lies offshore.

"That might be a magnitude seven to seven-and-a-half, and a tsunami." 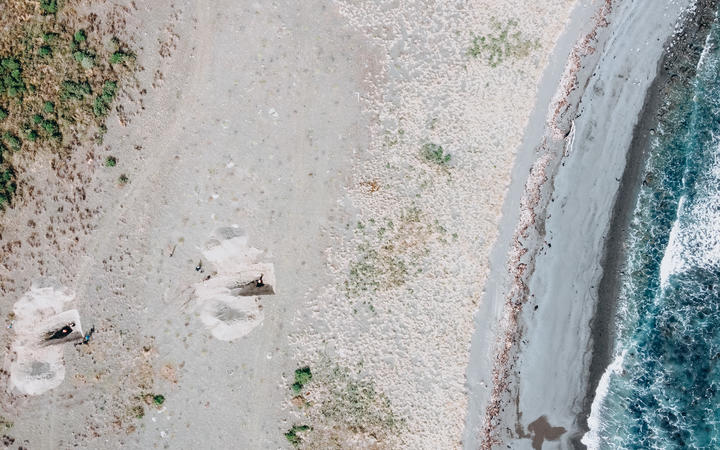 One or more of the beach ridges could also link to an earthquake caused by the Hikurangi Subduction Zone where the Pacific and Australian plates meet some 15km to 20km beneath Cape Palliser.

Dr Howell said the frequency and scale of the earthquakes the zone causes was still unclear.

"The only thing we can say with any degree of confidence is that Wairau lagoon, which is in Blenheim, that went down in the last two subduction earthquakes, in this part of the subduction zone.

"If this bit went up and that bit went down then that gives us a lot more information about what the earthquake looks like."

A better knowledge of the size, frequency and impact of earthquakes is crucial for those preparing earthquake responses.

"This is kind of underpinning a lot of other research, which a lot of other people have been doing around hazards in the Wellington region," Dr Howell said.

"But they need to know what earthquakes look like on the faults which occurred here, to do their work."

While they will not be able to pinpoint the exact time another earthquake will happen, it should at least give more clues and mean everyone is more ready for when it does.

The scientists will remain on location for the rest of the week, before heading to the labs to complete carbon dating.