The man accused of murdering Auckland couple Elizabeth and Herman Bangera will go to trial. 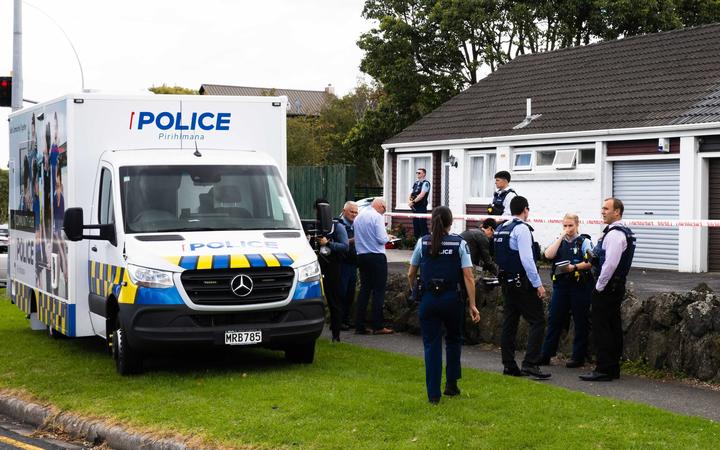 Police at the scene in Epsom. Photo: RNZ / Dan Cook

The 29 year old, who has interim name suppression, is accused of two charges of murder and one charge of attempted murder.

This morning in the High Court at Auckland, the man's defence lawyer Paul Pati sought a mental health assessment on whether the man was fit to enter a plea.

The court heard the man had been admitted to the psychiatric hospital, the Mason Clinic.

Justice Sally Fitzgerald called for a mental health report to be completed ahead of a plea being entered.

Police were called to the dead couple's Epsom property at about 11.30am on 19 March.

They were both found critically injured and were treated by paramedics, but died at the scene.

Another person who police said was a friend of the couple was taken to hospital with serious injuries.

Justice Fitzgerald ordered for interim name suppression to continue and remanded the accused in custody through to a trial scheduled for April 2022.