Waikato Mayor Allan Sanson is urging motorists to take care, after two people died in crashes in the region this Easter. 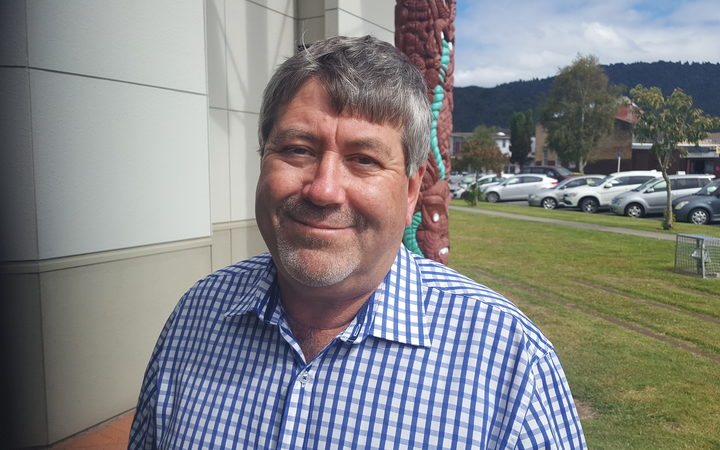 Waikato Mayor Allan Sanson is calling for care on the roads, after two fatalities in the region this Easter. Photo: RNZ / Andrew McRae

A person died and three others suffered moderate injuries when a truck and car collided in Kaihere at about 8pm last night.

An hour and a half later, a person was killed in a crash on State Highway 2 at Mangatāwhiri, north of Hamilton.

Another two vehicle crash further south in Whakamaru in Bay of Plenty at about midday claimed the life of the driver and set a vehicle on fire.

This fatal crash at the intersection of State Highways 30 and 32 brings the Easter road toll to three on the first day of the holiday period.

"I was travelling last night across to the Coromandel in a big line of traffic and the one observation I had was that everyone was well behaved.

"Unfortunately we do have black spots within the region and occasionally - especially when there's rain like last night - we do have people that make mistakes," he said.

In another Bay of Plenty accident, one person is in a critical condition and four have minor injuries after a crash in the Athenree Gorge.

A pedestrian died yesterday morning after being struck by a car in the Auckland suburb of Forrest Hill.

Police said the 80-year-old woman was hit by a car at the intersection of Forrest Hill Rd and Tristram Ave at about 8.20am.

She was taken to hospital, but died later that day.

The official Easter holiday period began at 4pm yesterday and ends at 6am on Tuesday. There were no deaths on the roads during the Easter period last year.