Ever wondered how you'd escape from a helicopter which has crash landed in water? Strapped in, submerged, and most likely upside down, you don't have much time to think. 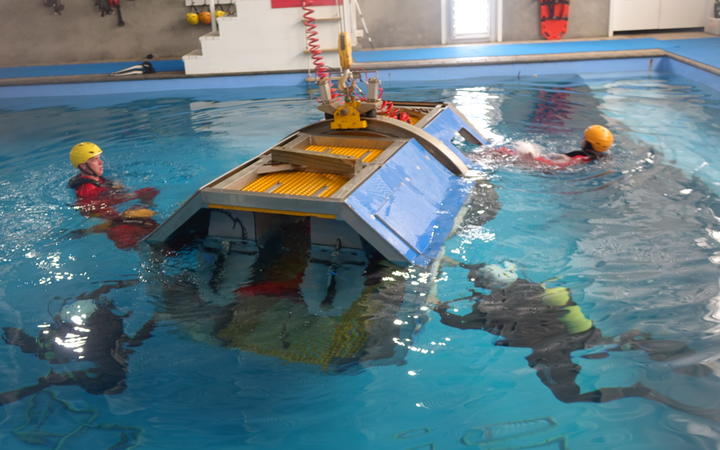 A new course module is helping pilots, crew and even frequent passengers who might find themselves in that scary position.

The New Plymouth's Wood Training, which specialises in health and safety training, has just introduced the first standardised qualification for escaping from such a scenario.

General manager Brian Souness said there were more than 800 helicopters operating in New Zealand, 500 of those commercially.

"The commercial ones have four crew members so you're talking almost 2000 personnel that are in the air at any particular time," Souness said.

"And New Zealand has a vast expanse of water both inland and offshore, and when a helicopter ditches it turns turtle and therefore escape training is a very important aspect of it."

The Standard Helicopter Underwater Escape Training unit was designed for people not already captured by broader oil and gas industry courses, he said. 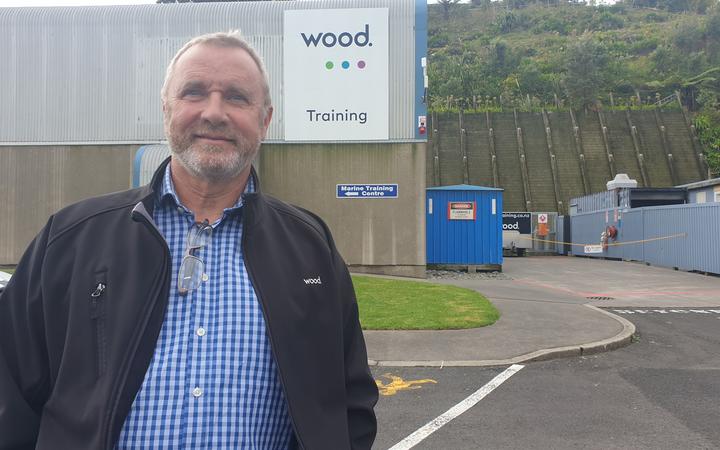 Chris Davidson, aka Pirate, is the instructor.

People could become blasé when they flew regularly, he said.

"It's so easy to forget worst-case scenarios until of course there's an incident and I mean whenever a helicopter has to make an emergency landing on water generally they capsize and without this training generally people die," Davidson said.

It was his job to give students the confidence they would be able to cope.

"It's a funny thing because people can get quite anxious and you they think what's going to happen?

"Someone's going to tie me into something and tip me upside down underwater, so for me it's about during the engagement within the classroom and the theory part of it is building that trust." 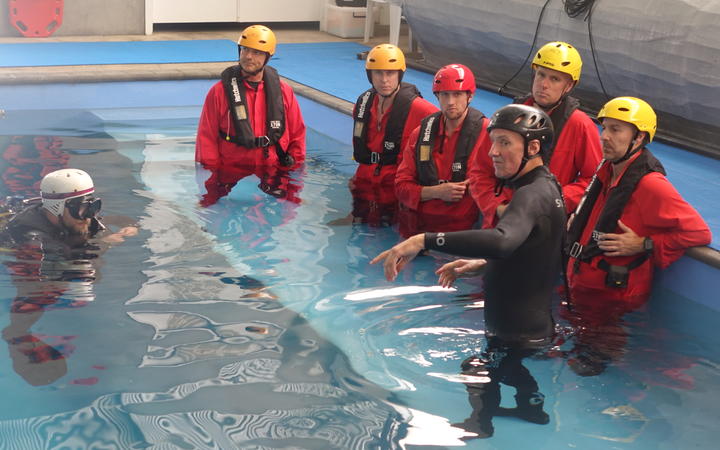 In a nutshell, you need a plan: Where's your nearest exit in case of an emergency - make physical contact with it.

You're going down. Stay calm, yeah right, tighten your seatbelt, secure any loose items, reference that exit and your seat buckle, then get into the brace position.

After impact, touch that exit again, wait until all movement has ceased, knock out the window, grab the fuselage, and only then release your buckle and get the hell out of there.

It might sound simple enough, and GNS Science instrument technician Thomas Fuller did not seem too worried before he took the plunge in Wood Training's helicopter-capsize simulator.

"I'm a little anxious, but I'm always up for a challenge so I think it's going to be good fun a bit like a roller coaster," Fuller said. 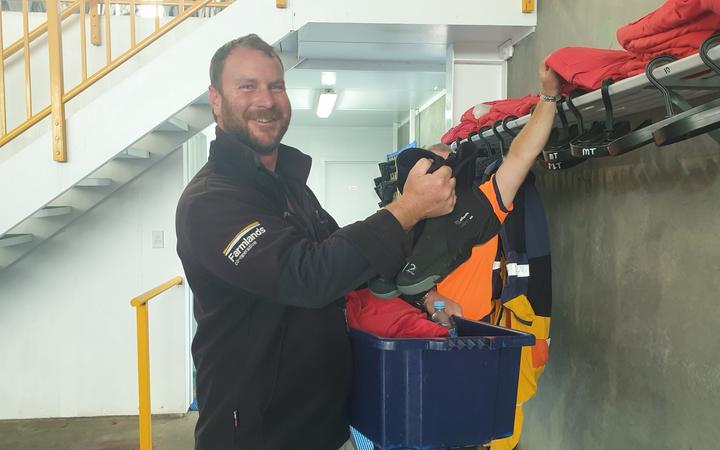 Helicopter pilot Paul McBrearty gets kitted out before heading into the pool. Photo: RNZ / Robin Martin

"I'm a little bit nervous about going underwater for the first time. I mean I can go down and get a paua, but holding my breathe for too long... I'm used to using a respirator and breathing underwater."

Then it was off to the purpose-built pool, a bit of safety briefing and in they go.

Fuller skipped the sixth and final dunking - a blindfolded crash landing - but he was happy enough.

"There were a couple of screw ups, but in the end it worked out all pretty well. Yeah, got a bit stomach churney there cause, you know, you're in a metal box rotating in the water, but nah, it ended up working pretty well." 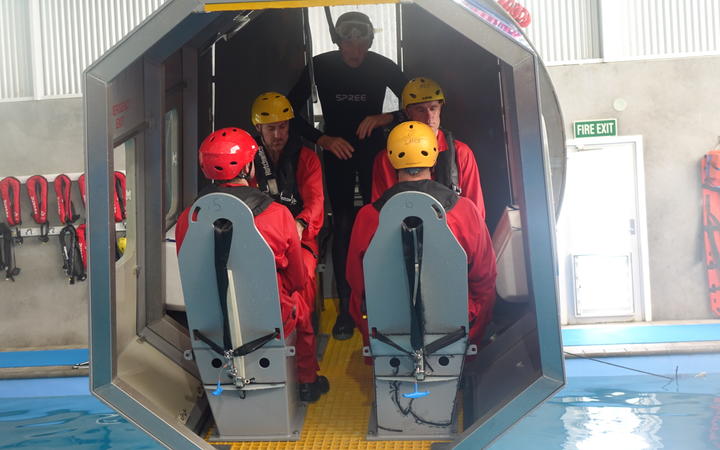 A snug fit inside the simulator. Photo: RNZ / Robin Martin

He reckoned his bosses would be pleased.

"Definitely worth it. Yeah I could say now I'd be pretty confident that I'd be able to get out of a ditching helicopter in the water that's capsizing no problem."

"It was a bit daunting for me, you know, I'd like the helicopter to stay in the sky and stay upright, but yeah it's a bit different and fast. It fills up fast and goes over fast."

But he was grateful to have the unit under his belt.

Meanwhile, Davidson reckoned the class of March 2021 nailed it. 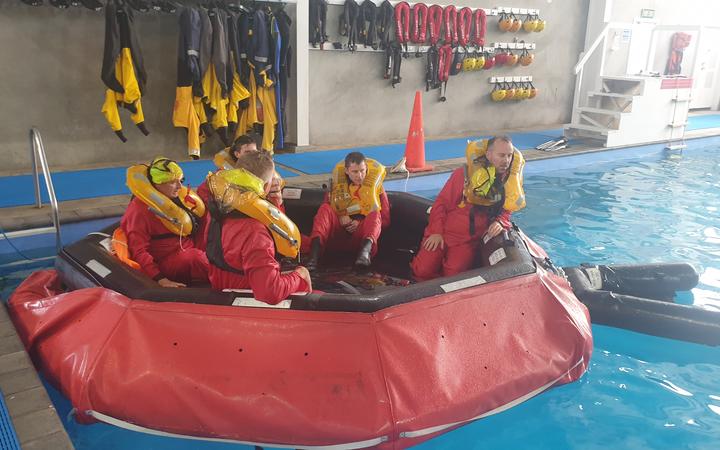 The class of March 2021 safely aboard a liferaft. Photo: RNZ / Robin Martin

"The craziest thing I've seen is someone get all suited up in one of the offshore oil and gas suits and leave all their bags and clothes here after watching the first lot go through and drive his car home still wearing the suit."

But even that student was persuaded to come back and with a little one-on-one tuition mastered escaping from the module.