The country's biggest district health board is having to hold weekend elective surgeries as nursing shortages force it to postpone operations. 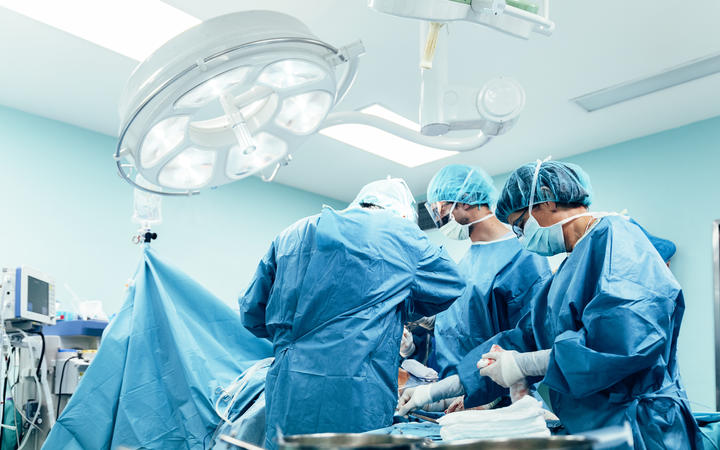 Though elective surgery is classed as non urgent, it includes treatments that will stop people living in constant pain, like hip operations. File image Photo: 123rf

Surgery is regularly being called off at Waitākere and North Shore hospitals and the Waitematā DHB's elective surgery centre because of a shortage of theatre nurses - and a big increase in demand for urgent operations.

The staff shortages meant whole theatres were sometimes taken out of use for a day, and operations postponed.

Though elective surgery is classed as non urgent, it includes treatments that will stop people living in constant pain, like hip operations.

One of the main problem is a shortage of specialised theatre nurses.

Waitematā DHB figures showed in the five weeks to 10 February, 42 of its operating theatre sessions had not been able to go ahead.

A spokesperson said two to four operations could take place on any given session, and on one day 11 sessions were cancelled.

The problem was bigger than theatre nurses, with wider staffing shortages and a big spike in demand for acute surgery.

It was too expensive to outsource some operations to the private sector, and there were not enough nurses to run evening clinics, he said.

"We can't run at 100 percent without the staff and we really have to fix that problem and it is a chronic problem," Harman said.

Many of the operations being postponed were orthopaedic and like to include hip and knee replacements and spinal treatment.

Auckland orthopaedic surgeon Peter Robertson said he was not surprised by the situation and that a wait was a big blow to many people.

"None of them are acute in that they have to be dealt with immediately - they can wait. But waiting means pain and disability," Robertson said.

The DHB has just recruited 13 theatre nurses, and two have started.

But the DHB said it remained a challenge to keep them because the private sector offered better pay and conditions.

The New Zealand Nurses Organisation's perioperative nurses chairperson Juliet Asbery said there were shortages in many parts of the country.

Those left behind were often exhausted as they took on overtime, she said.

"Nurses are very conscientious. They want to do the best by their patients and we all hate to see a patient having their surgery cancelled or postponed so quite a few nurses will feel they really should stay and do those extra hours to make sure their patients get the surgery."

The workforce was an ageing one and more needed to be done to support new graduates to take on the demanding work, she said.

The senior doctors' union, the Association for Salaried Medical Specialists, said it was another example of staff shortages all over the health system.

"It's a real stressor - both on people waiting to be seen but also on the people that are in their doing the work and managing a bulging workload," it said.

The DHB is on a drive to recruit 100 nurses across the organisation by the end of June.

RNZ requested an interview with Harman and other senior DHB staff as they left the meeting but they declined.