A man has been arrested and the public counter of the Dunedin City Council office has been closed after he went on a rampage with a baseball bat this morning. 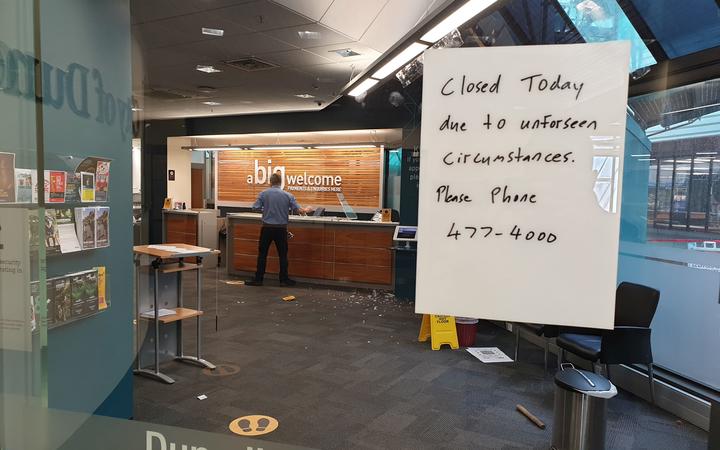 A witness said he saw seeing the man charging across the Octagon and running into the building with a baseball bat, followed by the noise of glass smashing.

A large windowpane outside the council's civic building has been smashed and is held together by a printed decal.

Smashed glass and signs of the rampage are visible at the public counter area.

A rubbish bin had also been kicked over outside the council building.

A Dunedin City Council spokesperson said the counter was closed at present for the safety of staff.

They said officers arrested a man. 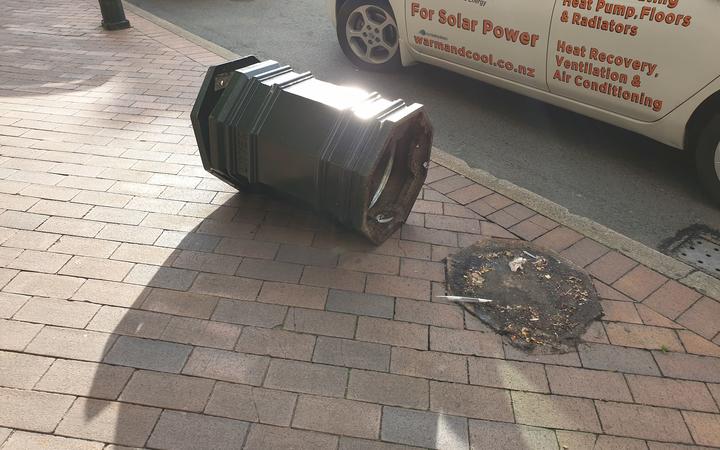 A witness said he saw a man run into the building and described the scenes as chaotic.

"I saw a middle-aged, white man in a leather jacket with a baseball bat heading towards the council building and smashing up the front of the glass," he said.

"He went into the building and smashed up all the computers.

"I cleared out one elderly dude from the bottom stairs, ran around the back to see if everyone else was all right, they had security around the back and by the time I got to the front on the building the cops were here." 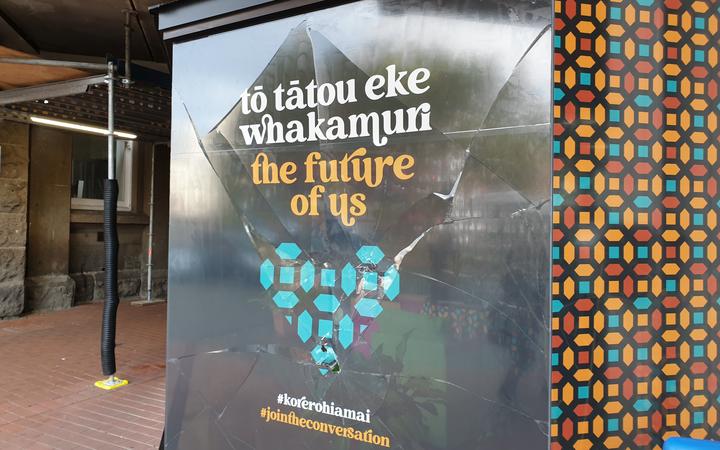 Councillor Sophie Barker was having a coffee nearby when the man entered the building.

"The destruction in there is pretty bad, and pretty scary for the team as well," she said.

"I didn't see it happening, I heard it happening ... yelling, banging, crashing and then this big boom as stuff was broken on the way out.

A Dunedin City Council meeting was scheduled to start at 10am.

A police spokesperson said they received a call from the public at 9.40am.

It was characterised as wilful damage and breach of the peace call out.

They said the incident followed threats made against several people.

"Police were alerted to an online threat made against several people based in Dunedin this morning," the spokesperson said.

"As a result, police undertook to ensure those named in the threat were informed and kept safe.

"Simultaneously, police were actively seeking the person allegedly responsible for the threat who is a resident of Mosgiel.

"Just after 9.30am police received reports that a man had caused damage to both a Princes Street business premises and the Dunedin City Council buildings at The Octagon.

"Upon arrival at the Dunedin City Council buildings, Police identified the man they were seeking in relation to the earlier alleged online threats."

The man was arrested and taken into custody.

Charges were still being considered. 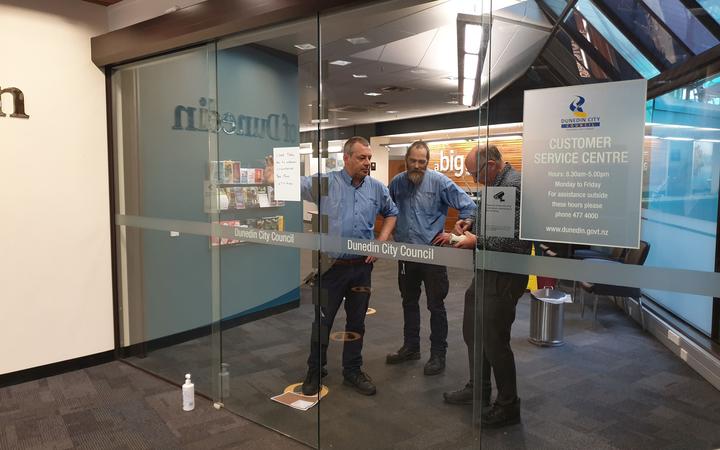 Dunedin City Council chief executive Sandy Graham said no one was injured in the rampage.

"The incident, which occurred this morning, saw damage to the reception area and nearby 10-year plan public engagement space at the Civic Centre's Octagon entrance.

"Thankfully no one was injured. Staff are being supported following what was a traumatic incident, but we are pleased by the way they responded."

The council would pass on CCTV footage to police.

"This morning's council meeting also adjourned briefly so councillors could be briefed ... on the incident," Graham said.