Hospitals across the country have reached crisis point, with several emergency departments at capacity.

People are being treated in corridors, increasing numbers of staff are reporting burnout and wait times are becoming longer.

In the past 48 hours, Dunedin Hospital and Whangārei Hospital have reached capacity, asking people to keep ED for emergencies only.

Now, medical practitioners around the country say it is a nationwide problem that, without support, is only going to get worse.

Australasian College for Emergency Medicine president Dr John Bonning said the emergency department was where the stress was most visible, but the whole system was under increasing pressure.

"Patients are stuck. They're in corridors. They're spending six, eight, 12 hours in the emergency department where we're forced to try and provide them longitudinal care," Dr Bonning said.

Some ED shifts were functioning with only two thirds of their normal number of nurses.

"So it's about the sickest and most injured patients not being able to be admitted to the ward and us trying to look after them whilst we wait for those ward beds to become available."

It was easier to outline the hospitals that did not have a major problem than to name the ones that did, he said.

"Virtually everyone I have spoken to has issues with this. We've had the biggest January and February on record."

College of Emergency Nurses chair Sue Stebbings said the crisis point had been building for years.

"Some of the main challenges are for nurses continuing to manage with increased numbers of patients presenting while they're working with short staffing," Stebbings said.

"Sometimes the space isn't available so corridor spaces are being used in many departments. There's not enough staff to open up the new areas where new departments have been built and also the challenge of continuing to care for patients while they wait for transfers to wards, often for prolonged periods of time."

Emergency nurses were often battling a constant fatigue from the increased demands when they just wanted to provide the best care possible, she said.

"It's quite distressing when that's not possible. They're overwhelmed ... there can be delays to care so if someone needs pain relief medication, they have to sometimes juggle that need with something else, and while they want to do things as quickly as possible, that's also distressing for nurses."

New Zealand Medical Association chair Dr Kate Baddock said the issue did not start with emergency departments, that was just where it was most visible.

GPs were being overwhelmed with increased workloads, not enough doctors, more patients, and not enough support, she said. 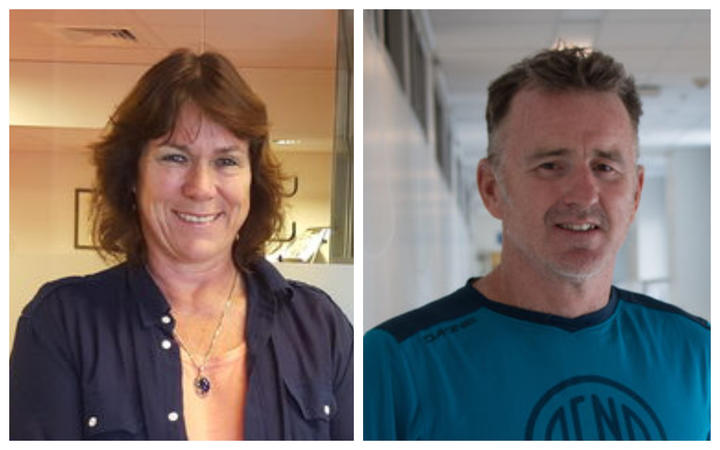 That was leading more people to go to EDs as they faced waiting times of up to four weeks.

"So we've got a chronic problem exacerbated by an acute problem relating to getting enough doctors ... and then we've got people delaying being seen because of Covid and associated issues around access," Dr Baddock said.

"You've ended up with this tsunami of patients needing to be seen."

She wants the government to free up the stream of international doctors coming into Aotearoa.

At one point, 18 patients were stuck in the Emergency Department awaiting a bed with only three available in the wards.

Capital & Coast DHB said Wellington Hospital had an ED too small to meet the increasing acute demand. There was not enough inpatient beds across the hospital, it said.

Waitematā DHB reported considerable congestion in both North Shore and Waitākere Hospitals, where they consistently saw more than the daily average of 150 presentations per hospital between October and December.

Today, Whangārei Hospital put out a call for people to stay away from the ED unless it was an emergency. The department was at capacity.

On Tuesday and Wednesday, 246 people arrived at the ED - on the same days last year, there were 138 patients.

Northland DHB's Surgical and Support Services manager Mark McGinley said many hospital beds were full and that was having an impact on inpatient admissions.

Dr Bonning is meeting with Health Minister Andrew Little tomorrow to call for more support for a system under mounting pressure.

Without support, he said they were at a crisis point with a possible harsh winter on the way.