Tourism operators on both sides of the Tasman are cautiously optimistic about the return of travellers with hopes a bubble will open sooner rather than later. 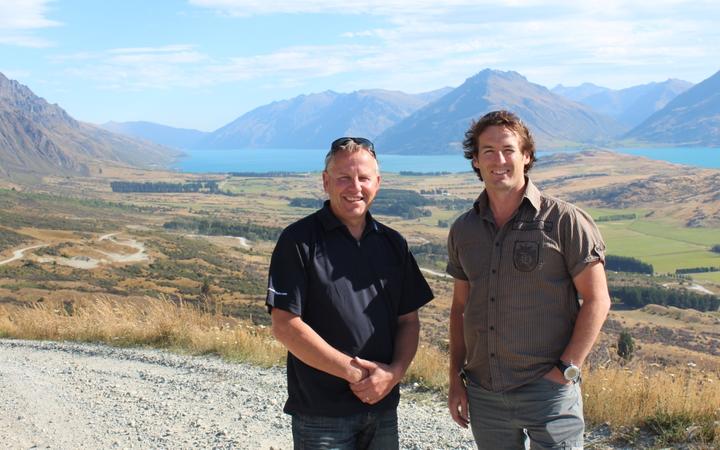 NZSki chief executive Paul Anderson (right) wants to is some of the criteria that the government's using to make its judgement. Photo: SUPPLIED

Yesterday the Prime Minister confirmed plans to announce the opening date of the safe travel zone with Australia on the 6 April once certain conditions had been met.

With winter just around the corner, ski fields have been busy recruiting and preparing The Remarkables, Coronet Peak and Mt Hutt ski fields for visitors. Last year, they were domestic only.

"What we would really like to know is some of the criteria that the government's using to make their judgement. If they could let us know how many days of community free Covid, and what levels of vaccinations they require then businesses would be in a far better place to make plans for themselves," Anderson said.

About 40 percent of visitors to his Queenstown ski fields are Australian, so he said a bubble would be a massive shot in the arm this winter.

He said they did not have enough staff to cater for the predicted boost.

"We would need to reach out for more staff. But without that certainty from the government, at this stage we have to be careful about how much we can commit to staff because obviously we don't want to provide staff with false hope that there might be sufficient work for them."

With more certainty, they would be recruiting another 300 to 400 additional staff, he said.

Tekapo Springs sales and marketing manager Andy Murray said a trans-Tasman bubble would be a boon for business and the wider Mackenzie district.

Usually, half of visitors to the springs are international and Australia is their number one market.

"This is certainly fabulous news and some light at the end of the tunnel. There's no doubt about it and let's just hope that it comes with some clear ways of managing it so it can actually happen, and I guess the concern - and we've all seen it happen in the North Island, obviously in Auckland - that we can keep it open and running consistently."

Murray said they would have to compete with a strong domestic marketing push in Australia that included the government subsidising 800,000 airline seats.

"We've got that to compete with, so we just can't think 'hey, we opened the borders and Australia's going to come back full tap. I think they will come back, the million-dollar question is at what rate," Murray said.

Kaikōura Kayaks operators manager Matt Foy said it would provide a welcome boost to their business and regional Aotearoa. 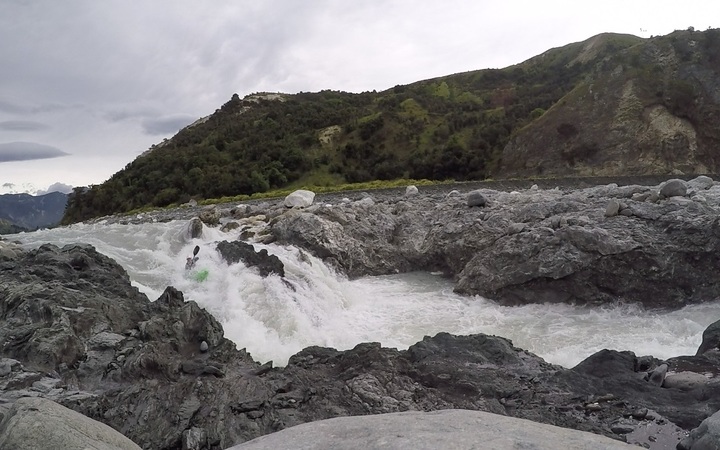 A kayaker speeds down the Clarence River rapid in Kaikōura. Photo: Supplied

"Very excited, but also a little concerned on how it may be managed. We desperately need people back in the country from overseas. Tourism needs this, there's no doubt about it. The regions like Queenstown are grasping at straws at the moment. It's definitely needed."

He wanted more certainty that the systems in place will minimise the risk of Covid-19 flare ups sending the country back into higher alert levels.

Over the Tasman, Get Wet Surf School managing director Kerri Jekyll said the return of New Zealanders would make some waves in the Gold Coast, with a boost to the economy and morale.

"It's like we've been locked away from our cousins. New Zealand have such a great relationship. It's like we're being shut out from everybody. Even though Australia's quite big, it feels really small when you can't visit internationally, so it's just a really huge morale boost for us and also I think a really good boost for consumer confidence as well," Jekyll said.

Water By Nature Tasmania Franklin River Rafting has already had a few cancellations from New Zealanders who couldn't travel over.

Its director and guide Brett Fernon said New Zealanders usually made up about five percent of his visitors, but he was hopeful that might increase.

"We've had some groups of Kiwis that have come and booked the trip out and the dollar's pretty - you're almost at parity with our dollar now so ... Australia's not such an expensive place."

Last week, Air New Zealand announced it will start offering direct flights between Auckland and Hobart when quarantine-free travel is up and running.

"If the flights start and they're on for quite a while, and especially as the Kiwis probably can't go anywhere else other than Australia at the moment, that would work very much in our favour and also having people locked up almost for 12 months off and on tends to make people a little bit more keen to get in the outdoors."

Tourism operators on both sides of the Ditch expect they'll be glued to the government's announcement on the bubble in two weeks time.

"We want New Zealand to treat Australia as a continent, and we don't want it to be selective because that will really disadvantage the bubble. And it won't really deliver the benefits or start that long road back that we're looking for," he said.

"The federal government of Australia... has responsibility for the national border, so anything around international travel is a federal-government, Australian-government decision."

He said Australian states would have rights to put in place their own internal border arrangements.