Despite a global pandemic, lockdowns and job losses, New Zealanders spent more gambling on poker machines in 2020 than ever before.

New figures from the Department of Internal Affairs show the spend on pokies last year was the equivalent of every adult spending $204 - and most of that was in the three months to December.

The quarterly spend was $252 million spent across 14,781 poker machines outside of casinos nationwide, the highest since records began in 2007.

"We've been tracking the pokie money through Covid, and we knew there was going to be an impact but we were surprised by the bounce-back once the pokie restrictions were eased. We didn't anticipate that there'd be quite as vigourous a bounce back as there was over the December quarter," Thornborough said.

Overall, annual gambling profits were down $128m - but that was because Covid-19 stalled access to pubs, clubs and casinos.

Online gambling for Lotto was up mostly due to our lockdowns. Kiwis spent $631m buying Lotto tickets in 2020, an increase of 13 percent.

"New Zealand in general has not suffered as much from the Covid experience as we might've done, we're seeing rebounds across the whole of the economy. You have a look at the GDP figures for the last year - I was having a look earlier - I think overall we're seeing a rebound in that quarter of 14 percent in goods in that final quarter," Thrush said.

"The whole of the economy has not done as badly under a pandemic as we might've done."

By law, 40 percent of poker machine proceeds must be distributed as grants.

Thrush said the increase in gambling was a much-needed boost for New Zealand communities.

"A significant number that are locked in, in New Zealand now, the population continues to grow with people coming back and people just have nowhere to spent their money and so it is going to show up in retail spending and discretionary spending in which gaming machines are just a part of that."

He noted that the increase in Lotto was part of bigger trend of online gambling, which he said was far more damaging to communities.

"It's inevitable that we're going to see this migration of lots of activities to online including gambling but unfortunately lots of it's offshore and unregulated. It doesn't produce any returns for the community, it can't be taxed. So it's a very disruptive and destructive trend for the industry."

Central government classifies pokies at level 4, the highest category due to their risk of addiction and harm. 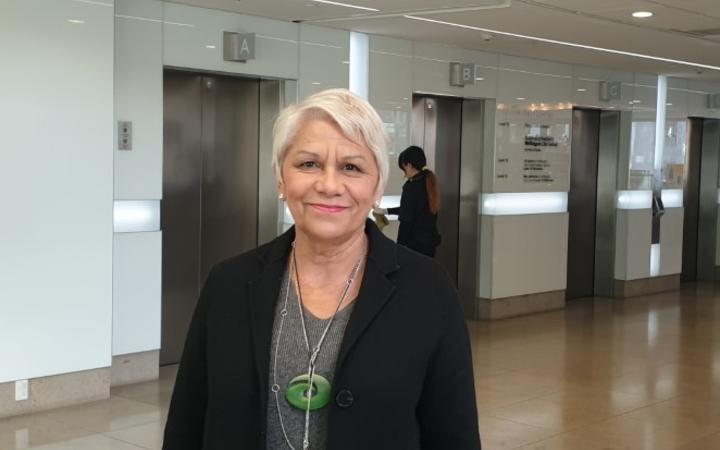 "Our clients told us that they experienced only relief when the venues were closed during lockdowns last year. But we know they returned to pokie gambling."

Half of poker machines were located in poor communities, she said.

"People losing the money are poor people in poor communities and what we say is we've got to stop focusing on the 40 percent that becomes charity and think about the 60 percent of the losses because they walk out of poor communities."