Siousxie Wiles and Michael Baker reflect on an 'intense' year of the pandemic, on what may happen next with Covid-19 and on whether New Zealand could have a global role. 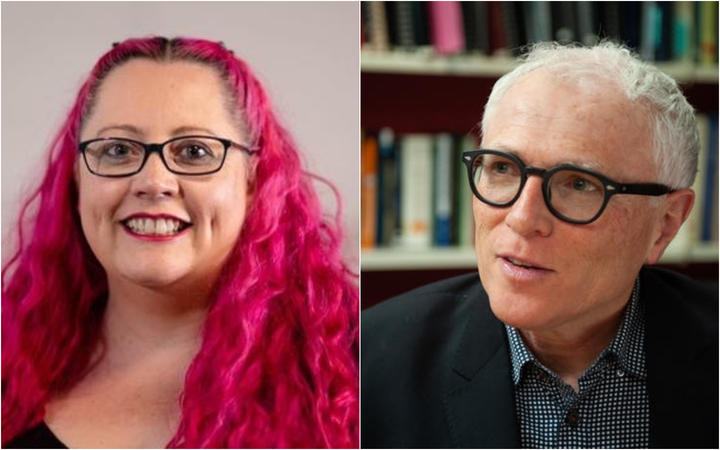 A year ago today the government announced New Zealand would be going into a level 4 pandemic lockdown.

Decisions outlined by the prime minister that day placed the most significant restrictions on the movement of New Zealanders in modern history.

At the time, there were 102 confirmed cases of Covid-19 and Ministry of Health officials were warning the virus was spreading in the community. The borders were already shut.

The lockdown, which started at 11.59pm two days later, closed non-essential businesses and schools, and New Zealanders were urged to stay at home to save lives

Most New Zealanders will never forget this year, including epidemiologist Michael Baker and microbiologist Siousxie Wiles, who have given analysis and comment through the pandemic.

"No-one really saw this coming - we knew pandemics occur but I think the the scale of this was completely unexpected," Baker said.

"This was really entirely unusual in terms of the sheer scale of it.

"This period was certainly the most intense of my working life."

Wiles said she had spent the last 10 years learning how to communicate science better to different audiences in different ways.

"That's something that's been hard, because it's not really valued within academia, but I thought it was really important so I carried on.

"So I kind of feel a little bit vindicated by all this ... the importance of science communication, having people on board, understanding why the government is making the decisions they're making.

"We've got a huge number of armchair virologists and epidemiologists now. Language that wasn't understood a year ago is now in every day use.

"Also I guess an appreciation for how science changes, the fact that our advice has changed as the evidence has changed, I think that's been a really important understanding for people."

Wiles said there was a small minority of people who didn't agree with the stance they had taken. "But the internet brings out the worst in people so I've certainly had my fair share of pretty awful emails and social media comments."

Baker believed decision makers in government had listened to him.

"I do remember getting to early March (last year) and realising that obviously this is a global pandemic that was going to overwhelm our system and that we really needed to take a very vigorous approach.

"This was more like a SARS virus, we could eliminate it, we didn't have to put up with it washing over the country - and that was the plan at that stage, the influenza model, where there's mitigation.

He spent the two weeks in March trying to convince decision makers that New Zealand should "stamp out the virus", following the Asian model.

Though no-one wanted a lockdown, the hard decision had to be taken because New Zealand had not invested enough in basic health systems to do the testing and contact tracing.

"I still think it was so remarkable. This day a year ago - I don't know if its D-day for battling the virus or E-day for elimination - but we really did take this incredibly courageous step and I think our leaders have to congratulated so much for what they did this day a year ago."

Wiles points out the message from WHO director-general Tedros Adhanom Ghebreyesus, that none of us is safe from Covid-19 until we are all safe.

"New Zealand forged its path, it's a path we wished that many others had forged because obviously we have widespread transmission of the virus still in many places around the world and that's leading to the emergence of all these new variants that may invade the immune system and are more infectious and possibly more deadly.

"Now we have to take a global approach to making sure vaccination is rolled out everywhere and that's something that's not actually happening."

Baker agreed that New Zealand could agian forge a path.

"I think New Zealand and Australia and the Pacific could be global leaders by linking up in a 'green zone'.

"This is the model, progressive elimination across the globe.

"I am optimistic that global eradication is possible and it may be the best strategy - we just don't know yet."