Some 27,000 people had their first vaccination, with 60 percent of those in Auckland, officials say, as the ministry reports three new cases in MIQ.

Covid-19 Response Minister Chris Hipkins says that was as of midnight last night. Some MIQ workers have received their second vaccination.

"We're making good progress on the rest of group one, while we're beginning to start the process of moving into group two," he says.

"It's a good solid start to the countries biggest ever vaccination program ... vaccine deliveries will make New Zealand a safer place to live."

MIQ head Brigadier Jim Bliss says the second round of immunisations for border and MIQ workers is under way.

Bliss says every day they go to work "they put themselves between us and the virus".

He says about 9600 NZDF uniforms personnel will be vaccinated - already 600 have had their first dose.

It is important for them to get the vaccination, he says, to add another layer of protection for them, their families and all New Zealanders.

Bliss was one of those who has had a second vaccination, Hipkins says.

"This is a challenging environment to work in," Hipkins says, "many of them are feeling a bit of a stigma associated with the work that they're doing at the moment and they continue to go to work every day and do it on our behalf. 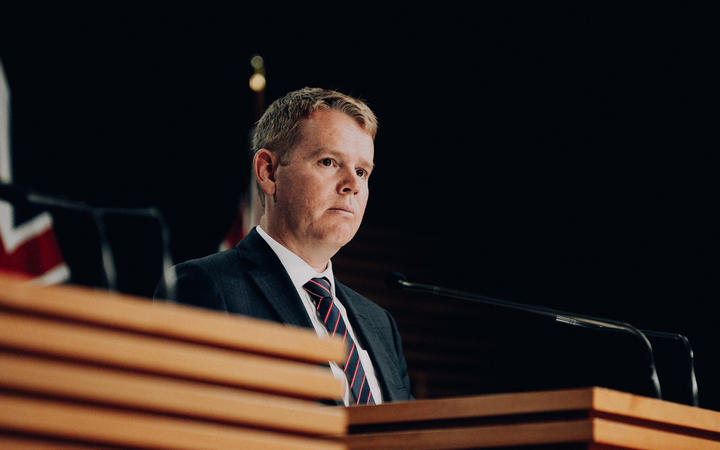 "Some of that stress that they're feeling will be a mental stress because of that and we can all do something as a country about that, by giving those workers a bit of a break and making sure that we're all thanking them for the work that they're doing."

Hipkins says there has never been a fixed target for the number of vaccinations. "We want to vaccinate as many people as possible," he says.

He reiterates the vaccine is not going to be compulsory. He says towards the middle of the year there is going to be a lot of demand.

The Janssen vaccine is the next vaccine to get over the line in terms of approval with Medsafe, Hipkins says.

As part of community surveillance work, Hipkins says wastewater testing in the Papatoetoe area on Friday saw a weak-positive result.

He says the good news is this week the testing all came back negative from the area.

"As the ministry said yesterday, the most likely explanation for that positive wastewater testing result last week was that it came from those who have recovered from Covid-19 and have returned home from the Jet Park."

He says mapping was done to identify where they all live.

"It is possible that people continue to shed the virus after they have recovered and that gets picked up in the wastewater. (edited)

There is no risk to the community from this, Hipkins said.

"This kind of surveillance testing will help us pick up if there are any undetected cases of Covid-19 in the community and we will be able to act quickly on that."

He says there were over 6000 tests processed yesterday. He says this is a good weekday result, and anyone experiencing any symptoms should go get tested.

The Pullman Hotel is being used as a managed isolation facility now, Hipkins says. One of the tower blocks has had its aircon system upgraded, one will be kept empty so that work can get done and then they'll switch to the other tower block to get that work done, he says.

In a statement, the Ministry of Health said there were no new community cases of Covid-19 and three cases identified in Managed Isolation and Quarantine (MIQ).

One previously reported case has also been reclassified as "under investigation", the ministry said.

The ministry reports no change in the number of historical cases since 1 January, which is 39.

Reporting to be every second day

With cases routinely appearing at the border and no new cases, the ministry indicated it would decrease how often it provided updates on case numbers to be every two days - Monday, Wednesday, Friday and Sunday.

On those days, the Ministry will report cases that have tested positive in managed isolation in the preceding days since the last update.

"The public can be assured that the Ministry will report any significant development, including any case emerging in the community, sooner if required," the ministry says.

The next scheduled update is Friday, it says.

Other updates from today

National Party leader Judith Collins has doubled down on calling for the trans-Tasman bubble to open up now. However, it was revealed yesterday the Australian officials backed out of initial plans in February.

MIQ workers have told RNZ there's a double standard in guidelines for them, as they are barred from communal facilities like gyms, mess halls or bars while on a Defence Force base, but there are no restrictions when they are out in the community.

In response, the Defence Force said the reason for the stricter rules on base was because of the communal living and working arrangements.

Meanwhile, the EU's medicines regulator says it remains "firmly convinced" that the benefits of the Oxford-AstraZeneca Covid-19 jab outweigh the risks, after several countries paused their rollouts.