New Zealanders who have lived in Australian detention centres say they would rather be in jail, citing brutal treatment and poor access to healthcare. 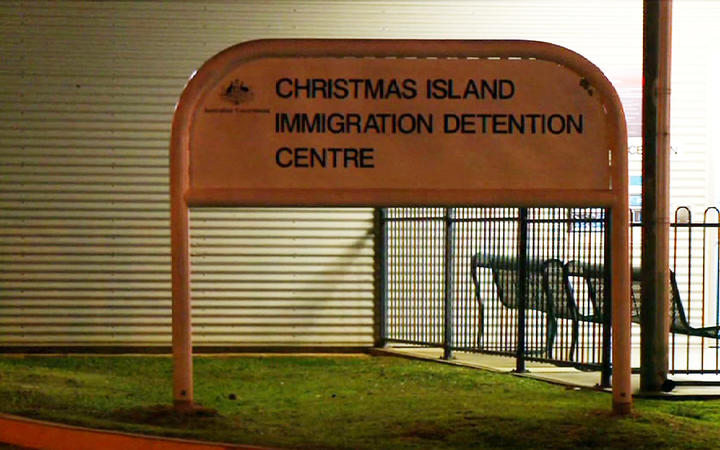 Salū was brought to Christmas Island, where he has spent the last seven months. Photo: AFP

A deportee, who is now in managed isolation in Auckland, Salū moved to Australia in 2008, when he was 15 years old.

In 2019, he was handed a prison sentence of more than 12 months for assault, which made him eligible for deportation under Australia's contentious '501' policy.

He was released on parole after eight months for good behaviour, but was immediately taken to a detention centre in Brisbane, before being moved to Christmas Island, where he has spent the last seven months.

"Being in detention, you are in limbo, you have no idea what's going on with your legal matters, all your rights are just stripped," he said.

The detainees were confined to their compound 22 hours a day, there was no consistency with the mental health programmes, and no educational programmes, Salū said, adding that it took months to be seen by a dentist and there were no physiotherapists on site.

"In jail, the guards treat you with some normality but in detention, a handful of the guards are great, but the rest of them are power-trippers who have brutally jumped on people's heads and make them feel less of a human being that they already do."

He would rather be in jail, than in these centres, he said.

Salū said there is a contradiction in the way the justice system views prisoners' character and how the national government does.

"The Parole Board does not issue you a parole to get out of jail if they know your character is not safe to be in public again. But the national character grounds, say we failed [the character test] and that's why we are in the detention centre."

He said it was unfair that he can be deemed safe to be in public by the courts, but not by the government.

Salū's partner and four children are still in Australia.

He has not seen them in more than a year, due to being shifted to different detention centres outside of his home state and because of Covid-19 restrictions.

"It's affecting me big time," he said.

His family plans to move to New Zealand before the end of they year, despite his children, aged between two and 12, having never visited the country.

"It's going to be a big culture change for my kids because all their support network that they grew up with are in Australia."

Salū commended Prime Minister Jacinda Ardern for raising the issue with the Australian government, and said he hoped she keeps applying pressure.