The government has suspended talks over the Bluff aluminium smelter until it gets environmental commitments over cleaning up its landfill and spent cell-liner waste.

New Zealand Aluminium Smelters will shut the plant down in late 2024. Photo: ekays/123RF

It has been negotiating since September over how New Zealand Aluminium Smelters will shut the plant down in late 2024.

In a letter released to RNZ and sent last week, Robertson criticised Rio's approach at talks in January.

"We were again disappointed that your approach did not address the remediation activities and outcomes which we have repeatedly outlined as a non-negotiable bottom line for the Crown," he told Barrios.

RNZ has reported that the smelter company, NZAS, does not yet know what to do with 181,000 tonnes of highly toxic spent cell (or cathode) liner waste stockpiled at Tiwai Point, with much of it inside the Coastal Marine Area. Robertson drew attention to this waste.

"In particular, we are concerned about how the hazardous Spent Cathode Linings (SCL) will be dealt with, your plans for adequately addressing the existing unlined landfill, and what contamination may be present in land and water under the smelter itself," he wrote on 5 March.

A $300,000 taxpayer-funded study is now looking into what's at the smelter, run by Environment Southland with help from Aurecon, a consultancy that does a lot of work for big mining companies.

Until it knew more, the government was calling off the talks.

"I have instructed my officials to defer negotiations until you are able to make firm environmental commitments regarding the SCL and landfill," said Robertson.

NZAS has been approached for a response.

The smelter said it was working on a closure study that would take several years, and it would make details public in due course.

Options for getting rid of the SCL waste included finding a local end-user - something that has proved largely impossible until now - or exporting it, which was becoming more difficult due to international rules around shipping harzadous waste, NZAS told RNZ. 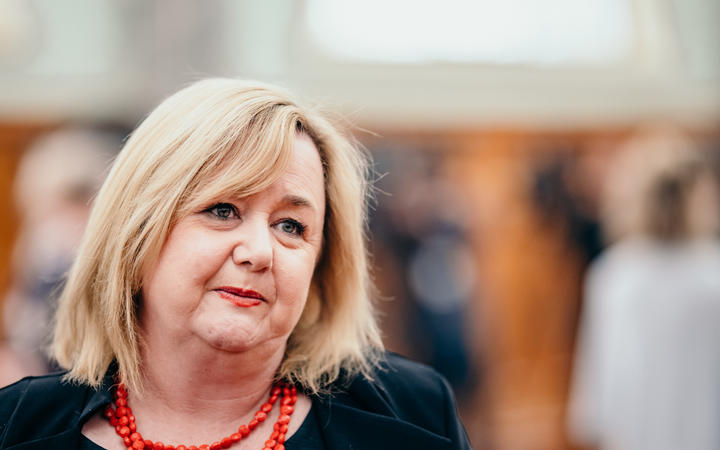 Energy and Resources Minister Megan Woods said in a statement that getting full information about the extent of hazardous and toxic material at Tiwai "and Rio's plans to remediate it" was imperative.

"Because Rio Tinto does not have or is not able to share this critical site information or make environmental remediation commitments at this time, we have deferred negotiations until this information is known," she said.

The government was working with regional leaders and Ngāi Tahu to secure a "just transition", she added.