Police have denied they are racially profiling Māori and Pacific people when they approach youth, photograph them, collect their personal details and use a phone app (OnDuty) to send it all to a national database.

Today, RNZ revealed that data collection was a nationwide practice, following reports last year that young Māori in Wairarapa had been stopped and photographed by police when they were walking along the street.

Police at first refused to speak to RNZ on the new revelations, but today, assistant commissioner for iwi and communities Chris de Wattignar told Morning Report: "We record interactions with people every day and that should be colour blind."

He did not believe there was racial profiling involved in the practice.

"I think that the stories that you have heard are clearly coming from Pacific or Māori families, I don't deny that. But I don't believe that there's systemic approach to taking noting from Pasifika or Māori people. The database would indicate that's a relatively colour-blind approach."

Today's revelations included a story about two teenage boys in Whanganui who had their details collected and photographs taken after being accused of stealing a "bag of money".

"I have heard the story and heard some of what the whānau are saying," de Wattignar said.

"I have to say I do empathise with their feelings. I think any of us with children would be concerned that our rangatahi are walking out on the street and are being approached relatively arbitrarily and having their photograph taken.

"I come back to the fact that I think our staff are acting with the best of intentions and it's on us to ensure our guidance keeps them and our communities safe."

Asked if he acknowledged it was a practice that was happening, he said: "I clearly accept the feedback from the community, the voices are fairly clear, they're telling us what the experiences of the rangatahi are, of the tamariki have been, and I think it's incumbent upon us to act and what we want to do is hear about people's experiences, especially where they believe police have fallen short and we will act on that.

"Police record interactions with people that we speak to or deal with hundreds of times every day, but I will emphasise the fact that if we are making notings of those they should comply with policy especially if photographs are being taken of those people.

"There's some legal requirements where police can take photographs of people but outside of those, the law requires informed consent, and if we're talking about young people, to me that really means that would need to be part of the conversation with a parent (or) guardian."

De Wattignar said a review of the police practice would "help us understand the application of those policies in the field and whether those policies need amending".

Guidelines had to be clear in order to keep police and the public safe, he said.

"We police with the consent of our communities and it's important that we maintain their trust and confidence, particularly our young people."

The review was looking at whether there had been "inconsistencies" in relation to concerns about racial profiling.

"We will act if we are finding we have gaps in the policy or inconsistencies."

By "inconsistencies", he meant: "The law is pretty clear if you summon a young person then you can take their photograph. If it's out on the street and perhaps as the two aunties in Whanganui have described it looks like they have been misidentified as being part of a ... robbery, then that's clearly a situation where we would require the consent of the young people and their caregivers for a photograph to be taken".

When asked what the policy of taking photographs aimed to achieve, de Wattignar said the advice described by an officer to RNZ was "not what he would expect".

De Wattignar said police would "do our best to provide whatever information we can to provide confidence back to the community" to show that claims about the database being "colour blind" was correct.

'Everything we're hearing is there's more to it than we've seen' 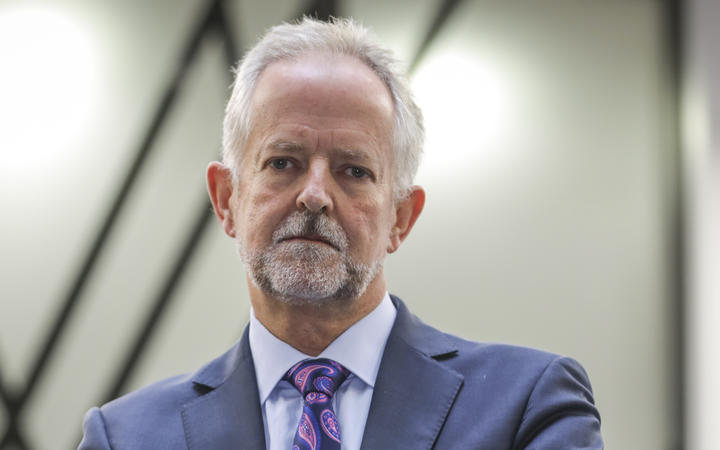 Children's commissioner judge Andrew Becroft told Morning Report he was concerned and had made his position "crystal clear" to the police commissioner.

"We've had a constructive discussion, we have written about it, we have been consulted about the terms of reference for the internal inquiry, I'm glad of that. There's an Independent Police Conduct Authority investigation as well... I hope it gets to the bottom of how widespread this practice is.

"On the face of it, there's cause for real concern. Everything we're hearing is there's more to it than we've seen. But I would urge anyone who has examples of this happening in their own family to let the IPCA know."

There were circumstances where taking a photograph of a young person was OK, Becroft said.

"First principal is when a young person is arrested or is in custody, yes a photograph can be taken. In terms of the public situation, in some senses that's a wee bit grey. A wide angle photograph at the rugby is one thing. Going up to a young person - if this is what has happened - fronting them up and saying 'smile at the camera, look at me, I'm taking a photo' - I would be concerned if that was happening conveying the impression there is no choice. There would need to be informed consent. Can a young person even give informed consent?

"On top of that, these are the issues exactly that a nuanced, full investigation will have to uncover."

Anyone would support the police in intelligence gathering but it would have to be lawful and legal.

Police needed clear guidelines for operating in the front line.

Additionally, it needed to be known where the photographs being taken were going and what they were being used for, Becroft said.

Police Minister Poto Williams warned police they should be taking photos of the public only when it was within the bounds of the law.

Williams said while it was an operational matter she would be concerned if the photos and details were being collected outside of the legal requirements.

"I have an absolute requirement of the police to be conducting these matters in a way that is absolutely consistent with the legislation. These cases have been raised over the course of the last day or so and I would be encouraging anyone who is concerned about photographs that may have been taken [of] them to put those matters before the police or the IPCA."

The assurance she could give to parents that their children would not be stopped on the streets was: "depending on the results of this review we will absolutely require police to conduct these processes which are completely consistent with the legislation".

She had been assured herself that any discrepancies found during the review would be rectified, she said, and she would not characterise the practice as racial profiling.

"I would like to see the results of the review before I make any other comments in that way," Williams said.