One of the last acts of the Dirty Politics saga came to a dramatic end in court today with lobbyist Carrick Graham apologising to three public health advocates for his actions in spreading defamatory statements about them. 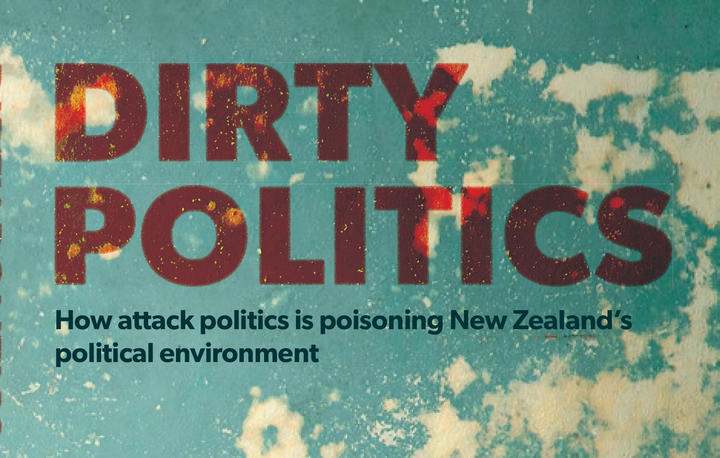 The case stems from Nicky Hager's 2014 book Dirty Politics which outlined a campaign to place damaging stories attacking public health messaging about the dangers of sugary food, alcohol and tobacco.

The defamatory blogs were posted on the website Whale Oil between November 2009 and February 2016.

At the High Court in Auckland today Graham admitted the statements made against the men were "untrue, unfair, offensive, insulting and defamatory" and were done to "advance the interests of industry".

Bradbrook, Sellman and Swinburn said they were relieved to have settled their case.

"It's a good feeling to have it acknowledged that we were actually defamed and then apologised to," Bradbrook said.

"It's a great feeling to have a burden like that off your back."

The defamation case was filed in 2016 following the publication of Hager's Dirty Politics book which outlined the links between industry lobbyists and the attack blogs on Slater's now-defunct Whale Oil website.

"The exposure of these dirty PR tactics clears the way for all our colleagues who are advocating for strong public health policies to do so without fear of being abused and defamed in the media," professor Sellman said.

Auckland University Professor Boyd Swinburn, an advocate for stronger food regulation by the government, said the case highlighted the tactics employed by the tobacco, alcohol and processed food industries.

"These industries have successfully stalled public health policies for far too long in this country because they have deep pockets and powerful lobbying influence over government."

Slater was adjudicated bankrupt on 27 February 2019 and last year filed a memorandum saying he would "consent to judgment" in favour of the plaintiffs, effectively abandoning his defence.

Graham, the son of former Cabinet Minister Sir Douglas Graham, said he would make a payment to the public health advocates along with the apology, although this is expected to be a confidential settlement.