A Napier bar owner says a shooting that left one of his staff injured is a product of the worst gang tensions he's ever seen. 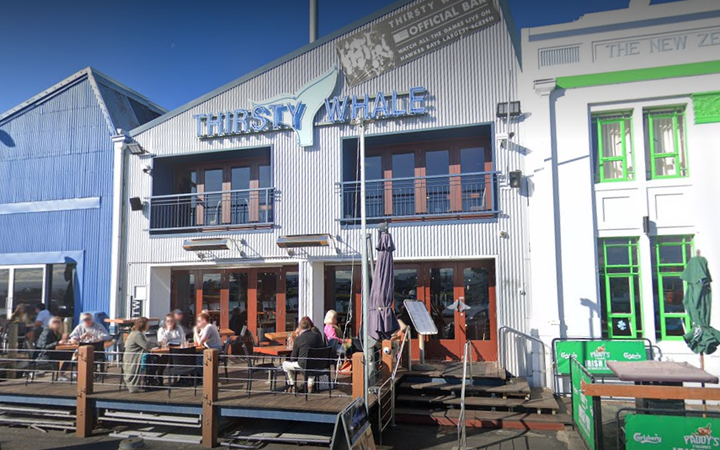 The Thirsty Whale is on Napier's waterfront Photo: GOOGLE MAPS

Police are investigating after shots were fired from a vehicle as it drove up to The Thirsty Whale bar on West Quay at 12.20am.

A man standing outside the bar suffered a hand injury and a bar staff member was injured in their groin.

Both received medical treatment for moderate to serious injuries, and one remains in hospital in a stable condition, Hawke's Bay District Commander Superintendent Jeanette Park said.

She said the incident is believed to have stemmed from an earlier altercation between rival gangs who were in the West Quay Area in Ahuriri overnight.

"The actions of those responsible for the overnight events on West Quay will be the focus of an extensive on-going police investigation.

"The scene examination and review of significant CCTV footage is a current focus for the investigation team."

The bar's owner Chris Sullivan witnessed his doorman take a bullet and said shortly after a gang-related fight broke out over the road.

He said in 40 years, he had never seen a shooting this serious and wanted a ban on patches in public.

Sullivan said his injured staffer had surgery this morning and remains in a stable condition in hospital.

Park said police have increased their presence in the community and were authorised temporary carriage of firearms for staff across Hawke's Bay - a decision which would be reviewed daily.

"As part of the ongoing investigation, police will be making every effort to talk to community partners to re-establish calm in the community."

Park said there had been a number of reported incidents involving the discharge of firearms across various locations in Hawke's Bay and Wairoa, in particular over recent weeks.

She said a number of search warrants were executed across the Eastern District and resulted in a number of arrests made and firearms and ammunition recovered.

"The unlawful discharge of firearms is never acceptable let alone in a public place risking the lives of hospitality workers and members of the public."

Police are interested in any sightings of the vehicle or people involved in the incident and ask that if anyone has any information or video footage of the incident, could they please contact 105 or Crimestoppers on 0800 555 111.