An electrician had to be "coached through" identifying and isolating a gas leak on a Cook Strait ferry, found an investigation which discovered a trail of systemic training and emergency planning failures. 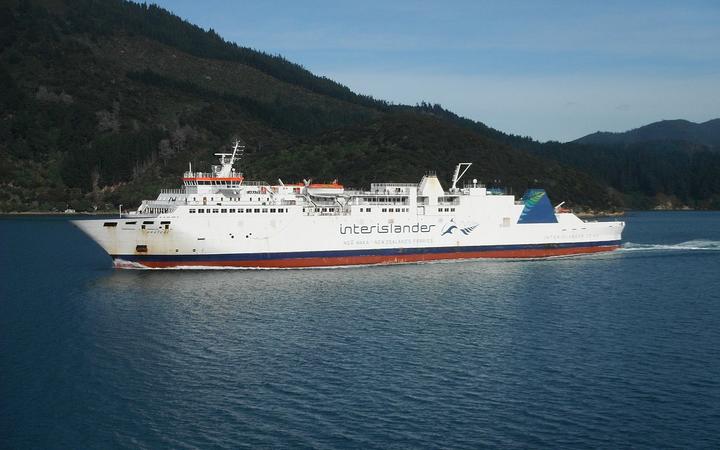 The gas leak was smelled while the LPG tanks were on the Aratere ferry, but wasn't located until they were unloaded in Picton. Photo: L C Mortensen CCBY-SA 4

The workplace safety regulator WorkSafe found that "there appears to be a systemic failure" from the major power company Genesis Energy in transporting the highly flammable LPG.

It identified poor training and poor emergency planning, and said Genesis was using workers who were not properly trained or supervised to fill the LPG tanks.

Genesis told RNZ it did a comprehensive safety review, had made improvements and was able to transport LPG safely at all times.

The leak was smelled by crew on a night sailing of the ferry Aratere on 24 January, 2020.

The deck's 16 detectors, which are less sensitive than the human nose, were not set off and crew could not find the source.

But once they got the transportable container off at Picton, they heard "a hissing sound ... emanating from behind a metal plate locked into place covering the valves" on a 25,000-litre container, WorkSafe's report said.

Though the leak itself turned out to be minor, the impact was not: The port was evacuated, ferry services put off, and there was huge disruption to the town.

Investigators found the valve was faulty - a coating had eroded so the valve did not sit tightly when shut. It may have been damaged by "constant overtightening" or wrong use of tools.

All the tanks were meant to be checked for leaks after filling - but the workers were not supervised much, if at all, the report said.

They worked with a haulage company subcontracted by Genesis.

"Training records provided by Genesis indicate that these operators have not received adequate training with operation of valves on the transportable containers."

The gas comes from Taranaki wells, and the filling station is at Smart Road in New Plymouth.

The report said the filling station itself wasn't being run properly, and Genesis' emergency response plan was "out of date" and untested.

Furthermore, the LPG tanks parked for filling were near a diesel generator, a potential ignition source.

"Potentially the failures have occurred as a result of Genesis being relatively inexperienced in this field, having only recently taken over LPG retail distribution from Nova Energy in 2017," WorkSafe's investigator said.

It took almost four hours from when the leak was pinpointed in Picton until it was shut down just before 10am.

At 7am Genesis told Fire and Emergency it would send a technician from Christchurch.

But FENZ said the five hours it would take to drive was "not acceptable", and they would chopper the technician up if need be.

Instead, Genesis called in an electrician from Blenheim.

"The Blenheim electrician had been trained for working in hazardous areas, but had no direct training on how to operate a transportable container, and was 'coached through' identifying and isolating the leak."

This was one of four breaches of safety regulations.

However, WorkSafe said the risk was "relatively minor", no harm occurred to any worker, and Genesis co-operated.

Genesis issued a short statement to RNZ, saying: "There was low risk to public safety.

"Genesis takes safety seriously, utilising industry leading safety frameworks and governance processes to ensure that we are able to transport LPG gas safely at all times, that we have robust training and emergency protocols, and continuously identify areas for enhancement.

"Genesis and its partners worked closely with WorkSafe and Fire and Emergency NZ during their review and in regards to improvements that have been made since.

"We have also used this opportunity to perform a comprehensive safety review of our entire LPG transport operations. We are confident that we have taken adequate steps to minimise the risk from this type of incident occurring again."

'Invaluable' if there's another leak

WorkSafe also made recommendations to KiwiRail, to make sure its crews are properly trained with LPG, and check gas detectors and gas drainage systems.

KiwiRail said it had installed extra detectors which are especially sensitive to LPG at Wellington and Picton terminals and on the Aratere, which is the only ferry KiwiRail can use to transport gas this way.

"These will be invaluable in the event of another leak," it said, noting how last year's leak was very difficult to pinpoint.

It had put all its gas transport staff through extra training.

KiwiRail had investigated both this leak and a second leak, at Picton in April 2018, but its report would only be released under the OIA, it told RNZ.

A marine engineer said the two gas leaks in two years showed there had been a lack of rigorous enough checking around LPG transport operations.

"The real concern here is that there's been two incidences that have closed the port in less than two years," said Brent Yardley, of Marlborough, who is also an environmental engineer who lobbies about health and safety matters in the Sounds.

"It shows sloppiness with the systems.

"It should have been picked up before it was transported."

"These matters were promptly complied with," WorkSafe said.