Workers will be able to take leave for sickness or bereavement from their first day in the job under a planned revamp of the complicated Holidays Act. 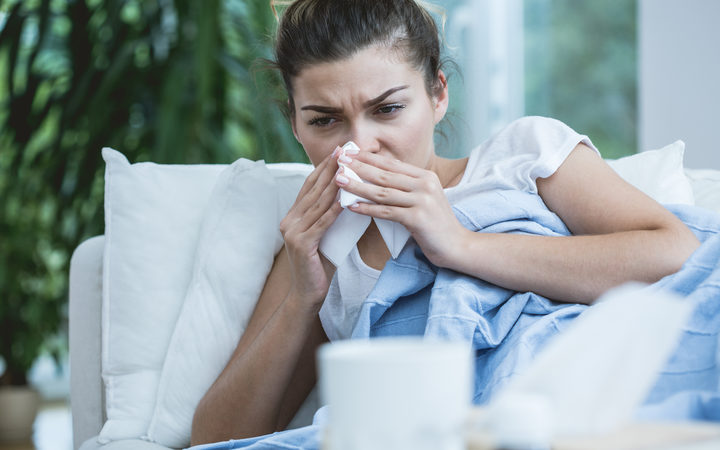 Workers will be able to take leave for sickness or bereavement from their first day in the job and the full rate for holidays will be paid on return from parental leave under planned Holidays Act changes. Photo: 123RF

Parents will also be paid at their full rate for holidays on returning from parental leave, removing a fish-hook which currently leaves them out of pocket.

The changes were recommended by a panel of union, business and government voices tasked with resolving the country's long-running payroll mess.

In a statement, Workplace Relations Minister Michael Wood said he would implement all of the proposals with legislation to be introduced early next year.

"The changes put forward by the Holidays Act Taskforce will make it easier to calculate entitlements and pay, giving employees and employers certainty and transparency.

"Business and union representatives reached consensus on these changes, and we are delivering on our election commitment to implement them."

The government set up the taskforce in 2018 after repeated examples of staff being underpaid due to mistakes calculating holiday pay.

The committee reported in October 2019, but the government has only just published the recommendations, along with its response.

The taskforce recommended a new calculation for how much staff should be paid while on annual leave.

In future, workers will be entitled to whichever sum is greater: the usual pay had they been at work, or an averaged amount calculated over either the last 13 or 52 weeks.

That will also apply for people who've returned from parental leave. Currently, new parents can receive close to nothing in holiday pay on returning to work, as the payment is calculated on the previous 12 months.

In his report, taskforce chair Gordon Anderson said the changes would provide more certainty for both employers and employees.

"The proposals in this report will ensure that government, unions, employers and, most importantly, employees, can have confidence that in the millions of instances each year when an employee requests and is granted leave by their employer, their leave balance and payment for that leave can and will be correctly calculated."

The recommendations will also see workers eligible for more leave from as early as day one on the job, axing the six month waiting period.

For example, workers will be eligible for one day's sick leave from their first day of employment, with an additional day per month until the full five days is reached.

Bereavement leave and family violence leave will also be available from day one.

Staff will also be allowed to access bereavement leave under more circumstances, such as the deaths of aunts, uncles, nieces, nephews, and those in cultural family groups, such as whāngai relationships.

Employers will also be required to issue payslips so staff know what their used and remaining leave entitlements are.

Wood said independent payroll experts brought in by the task force found the proposed changes were able to be implemented.

"Officials have begun further detailed policy design work on these changes, and will involve a range of payroll experts to make sure we get it right," Wood said.

"I expect to introduce legislation in early 2022 and give businesses plenty of time to prepare for the changes."

National questions if the government has got it right

The National Party fears the changes would not address the complexities of a modern workplace.

National's workplace relations spokesperson Scott Simpson said National had long wanted to change the act, but it received push back from unions.

However, Simpson said the party would have to wait and see if the government had got it right.

He said the act was originally based on a 40-hour Monday-to-Friday working week, but workplace arrangements had since changed drastically.

"We are only going to see more of that flexible employment arrangement going forward, so yes the legislation does need updating, the question that still remains is will merely adopting these recommendations solve the root cause of the problem and that's an unknown certainty at this stage."

He said the government needed to start thinking of the practicalities of a modern, productive work environment.

"I don't get a sense that the government wants to do that, I get a sense that this is a government that is very much influenced by the wishlist of the trade union movement and I'm not sure that provides the kind of nimbleness, flexibility and efficiency that a modern workplace environment requires from holidays legislation."