A man who smashed into a Lower Hutt woman on a pedestrian crossing, leaving her seriously injured has pleaded guilty. 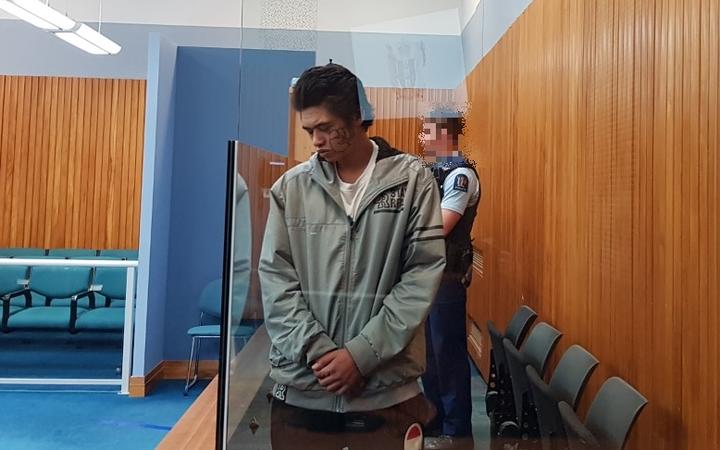 Jade Mark Harris, 27, faced charges in the Hutt Valley District Court of driving a vehicle carelessly causing injury, not stopping after being involved in an accident and driving while forbidden.

He told the court he was half blind and had not seen the victim.

He also said his two young children were in the car and he recalled one of them screaming.

He hid his car at a friend's house but came forward to police six days later.

Mother-of-two Anna Chesterfield was heading to the pharmacy in Taita on 30 January when his car plowed into her.

She was thrown onto the bonnet, and up the windscreen. She flipped three times in the air and landed about 15 metres away on her back.

She remains in hospital.

Chesterfield's cousin Nikki Wilton said they were both sad the man had his children in the car.

"Having children ourselves, both me and Anna, just knowing that they witnessed that. It just makes me sad."

The family was glad the man had taken responsibility for his actions but they could understand, a little bit, why he tried to hide, Wilton said.

"It makes you understand in a little way why he probably freaked out and didn't stop... that's how I feel towards it.

"Anna definitely forgives him for what he did but she [probably wishes] that he would have stopped, but kind of understands why he didn't.

Anna's recovery was "slow and steady", she said.

"I spoke to her today and she sounded a lot brighter than she has in the last few weeks... she's becoming more mobile which is good as that gives her a sense of freedom, but obviously frustrated about the long road ahead.

"She can only go home once she can use crutches properly. At the moment, she's still using a walking frame and a wheelchair."

A Givealittle page has been set up and more than $13,000 has been donated to assist with her recovery.

Harris has been remanded on bail and will be sentenced in May.