A man who came through state care in foster homes, a boys' home, corrective training and eventually prison, believes his life has been set back at least 30 years by the way he was treated and the physical and psychological abuse he received. 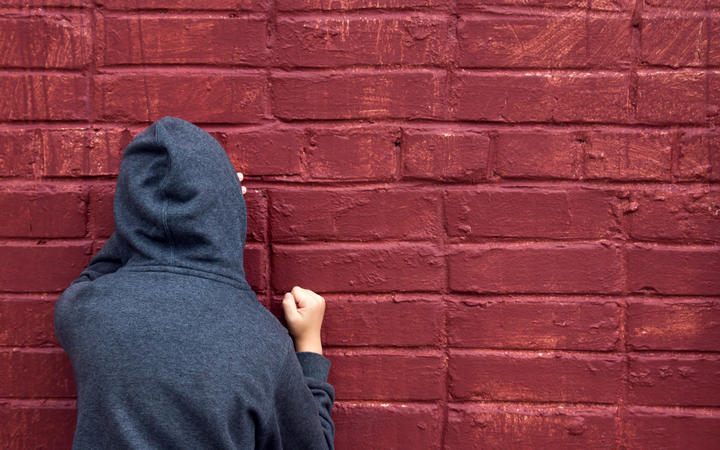 Stanmore Road Boys' Home in Christchurch 'was sort of a violent place' but worse was to come for a man who has shared his experiences with RNZ. (file pic) Photo: 123RF

Aaron, who is 50, came from a broken home and his interview with RNZ is the first time he has spoken publicly about his experiences in care.

He lived on the street for a year at the age of 9.

Aaron ended up in the Stanmore Road Boys' Home in Christchurch at 13.

His stepfather beat him if he ever misbehaved and one day he stood up to him and punched him back. The police were called and Aaron was sent to Stanmore.

One of his first recollections of being in the boys' home was seeing drug addicts use needles. ''It was sort of a violent place.''

He said those running the home put one of the older boys in charge, as the kingpin to call the shots.

''Anyone not doing what he wanted or misbehaving, he would get others to beat them up. That was pretty normal.''

He said he was never abused sexually like some of the other guys in the home at the same time but there was a lot of physical violence.

Aaron was sent back to the Stanmore Road home when he was 14 or 15 after getting into a fight and assaulting someone.

At 16 he was sent to Rangipo Prison (now Tongariro Prison) for three months in the central North Island for what was then called corrective training.

A place of constant violence

He describes it as by far the worst place he has ever been in. ''It was pretty unreal.''

He believes all of the officers were ex-army.

He said the inmates were made to run everywhere and work on forestry blocks and there was plenty of violence. ''Heaps, all the time.''

''You wouldn't eyeball a prison officer, you would just get punched out.

''I had officers beat me, choke me, do dirty tricks like put the fire hose through my window in the middle of the night and then turn it on.'' 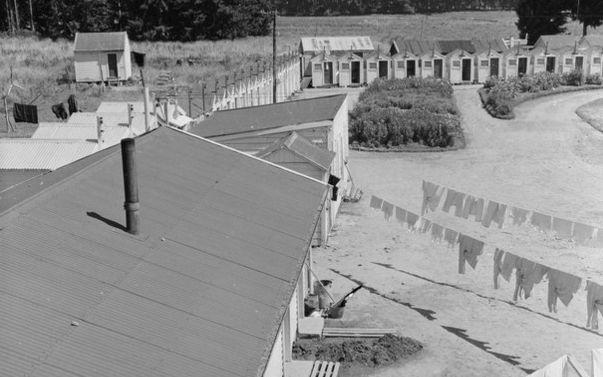 There was "heaps" of violence at the Rangipo Prison Farm in the central North Island, says an ex-inmate who was just 16 at the time he went there. Photo: National Library of New Zealand

He said the inmates would have to go on a 20-kilometre run every weekend and while he was lucky to be fit, others were not so fortunate.

''You would get a new guy there and he would not know what the go was and they would be unfit and decide to hop in the truck accompanying the runners, big mistake.

''In the back of the truck there was always half a dozen officers in there smoking dope, so whoever went in the truck got a hell of a beating and thrown out about 60 seconds later.

''They would be covered in blood and we would sometimes help them get up and other times we were made to do press ups while they got themselves together and started running again, but they ran after that,'' he said.

Aaron said some of the inmates took desperate measures to get out of Rangipo. This included self harming to get transferred out.

''People tried to break their arms all the time or break a bone because if you couldn't work there you couldn't stay there and you had to go to a main prison.

''I saw one fella, a nice young Māori boy, he got to work first, jumped out of the truck first and grabbed an axe used for slashing scrub in the forest and walked behind a bush and chopped his foot, telling the boss he had slipped with the axe.

''His boot was flapping and he had pretty much cut the end of his foot off.''

He said the inmates would fight among themselves but if they got caught they ended up getting a beating from "a few screws'' (prison officers).

At 18, Aaron was convicted on an array of charges including manslaughter, grievous bodily harm and assault and sentenced to eight and a half years in prison.

He served five and a half years but said the three months at Rangipo were much harder.

''Before going to Rangipo I think I was pretty lucky having lived on the streets when I was 9 or 10 because it hardened me up for that.''

Prison chance 'to figure things out'

He was 24 when he was released from prison and has since tried to stay on the straight and narrow.

''Probably for me prison is what I needed as it gave me time to stop and start to figure things out.''

He got married not long after and moved to Australia working as a diamond driller and in mining.

He returned to New Zealand and studied an adult building apprenticeship and now has his own building company employing people.

''A lot of people who know me wouldn't know about my past.''

Set up both to fail and to cope

Aaron is thinking about telling the Royal Commission into Abuse in Care his story.

''The system in some ways set me up for a life of failure but it also set me up to cope in other ways as well for some of the stuff I went through.

''I think the main thing in my life that probably impacted it the most was the three months at Rangipo. That place was like nothing else on earth really.

''I look at those guys I was in Rangipo with and surely they were victims and they have gone on to have other victims and I think it is just a vicious circle and it has got to be stopped somewhere.''

He said the time in Rangipo just made them harder which has not benefited them or their families or society.

''I don't know if what happened can be corrected. There is still stuff in my life I find myself doing and sometimes I have to like snap out of it and say: 'well that is not actually what I want to do and not who I want to be'.

''I have to keep myself in check sometimes because some of that stuff can happen naturally and you don't even realise before you are halfway through it.

''There is a lot of hope for the next generation that is for sure but it has to start now.''