The maximum allowable level of nitrate in drinking water should be 11 times lower than current rules allow, a public health specialist says. 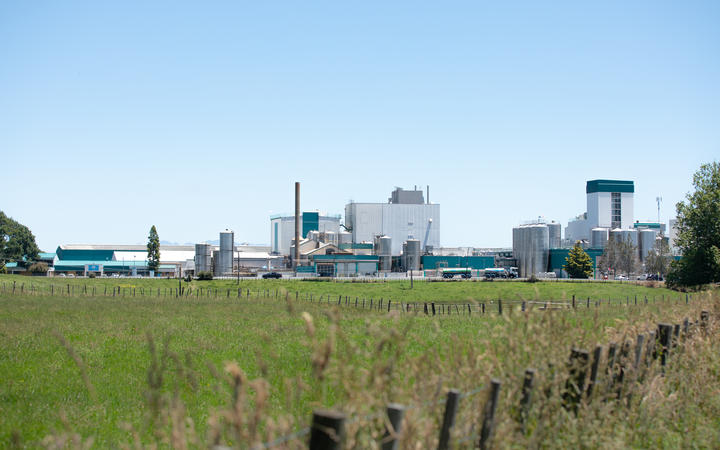 RNZ today revealed that nitrogen-containing wastewater from a Fonterra factory had contaminated the private water bores of people living nearby and some farms where wastewater is spread.

The current level was based on the risk of "blue baby syndrome" - a rare but fatal condition where nitrates reduced the ability of red blood cells to release oxygen to tissues.

However, recent international research showed an association between colorectal cancer and nitrates in drinking water at levels as low as 0.87mg/L

Also called bowel cancer, colorectal cancer is the second highest cause of cancer death in New Zealand. Rates in Canterbury and Southland are particularly high.

Obesity is estimated to increase the risk by 9 percent, alcohol by 7 percent, red meat consumption by 5 percent, physical inactivity by 4 percent and smoking by 3 percent.

Ingested nitrate is emerging as another risk factor. For most people, vegetables are the main source of nitrates, however, vegetables have something water doesn't; substances such as vitamin C, which inhibit nitrate from forming cancer causing compounds. In fact, vegetable consumption has been shown to reduce the risk of colorectal cancer.

The alarm bells around nitrate's association with cancer started ringing in 2018 after a Danish study of 2.7 million people associated an increased risk of colorectal cancer where nitrate levels in drinking water were above 0.87mg/L.

A 2019 United States report summarised the results of eight different studies. It suggested nitrate in drinking water could increase the risk of colorectal cancer by anywhere between 1 and 8 percent.

"All of those eight studies [in the US report] showed positive association between nitrate concentration and drinking water, and colorectal cancer. They showed also that there was a linear sort of relationship. The more nitrate exposure you had, the more likely it was that you're going to develop colorectal cancer," Chambers said.

Risk factors for colorectal cancer such as socio-economic status, red meat, alcohol and tobacco use were taken into account in the studies.

A precautionary approach to public health is warranted, he believed, and most of the epidemiological evidence he had seen pointed to an upper limit of 1mg/L nitrate-nitrogen for drinking water.

After some heel-dragging, the concern was being taken seriously in New Zealand and a task force, which Chambers is part of, has been set up by the government.

It has been looking into whether the same association between nitrate in drinking water and colorectal cancer exists here.

The project summary for the work, says the outcomes of the task-force's research will have implications for public health management, drinking water quality management and land management practices in New Zealand".

The task force's first step was collecting data about New Zealand's current exposure, but it wasn't easy. There is a national register of water suppliers which supply 25 or more people but only some of them have to monitor nitrate levels in the water.

Without enough data to show exposure, Chambers said the best thing was to look at international evidence.

"What we can do though is show that New Zealand does has one of the highest colorectal cancer rates in the world and we also have very high nitrate concentrations in our drinking water comparatively."

He said this is mainly due to the intensification of dairying.

"I think one thing that is clear, is 11.3 milligrams per litre is far too high."

The task force submitted a preliminary report to the Ministry of Health, but Chambers wasn't sure what the next steps were.

"Policymakers have to consider a whole lot of other things in terms of, impacts on agriculture and the economy. What we do need to start thinking about is probably having a little more nuanced approach to what sort of water supplies have different limits."

The Ministry of Health Chief Science Advisor Dr Ian Town said it was "considering" the findings of the report submitted by the task force.

A date for when this will be completed was not specified.