The Pfizer-BioNTech vaccine has been provisionally approved by Medsafe, with certain conditions placed on the company.

In its assessment of the vaccine, the medicines regulator met with the Medicine Assessment Advisory Committee (MAAC) for six hours yesterday to receive advice and recommendations.

In a statement, Medsafe said the MAAC supported the decision.

However, the provisions mean the company must meet 58 conditions that are placed on it.

"Of these, 52 relate to requiring additional manufacturing data from the company, for instance as it upscales its manufacturing," Medsafe group manager Chris James said. 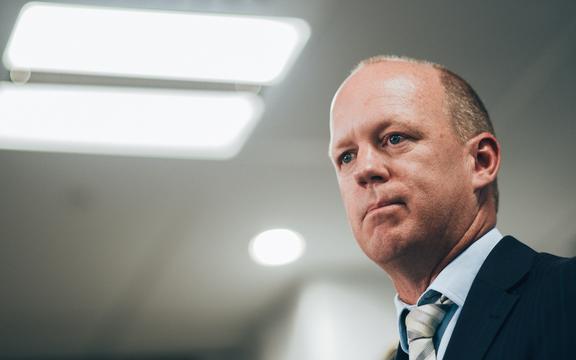 "Six of the conditions relate to additional clinical information such as regular updates from clinical trials, and ensuring we receive any information on safety concerns from around the world."

Medsafe had given Pfizer timeframes to respond on the conditions, and was keeping an open dialogue with the company, he said.

New Zealand's Pfizer vaccines are coming in by air and will be from same batch as Australia's. A batch of 450,000 doses was expected by the end of March.

The vaccines will go into nine large freezers in Auckland and Christchurch when it arrives on shore, then it will be distributed around the country using cold-chain storage, which keeps it at -70C.

Bloomfield said it will then go into short-term storage at between 2C to 8C, where it will remain usable for up to five days.

"So the co-ordination of getting appointments and making sure we're using the vaccine and none is going to waste is a really big effort," he said.

After the vaccine has been administered, people will need to wait 30 minutes to mitigate any potential side effects. People will receive two doses, three-to-four weeks apart.

Asked about the effectiveness of vaccines against new strains of Covid-19, Bloomfield was optimistic.

"So far, certainly with the strain first identified in the UK, the results are promising. It appears to be for the vaccines for the couple of vaccines that have looked at this - that the variant first found in South Africa does have a reduced effectiveness for the vaccines. But it's still highly effective for the ones they've tested," he said.

However, he warned the situation could become more complicated over time, as more strains emerge.

"When people are immunised against the existing strains, the virus will try to find a way to get around the vaccine," he said.

PM outlines who will get the vaccine first

Speaking at Waitangi, Prime Minister Jacinda Ardern said the vaccine was expected to arrive in the first quarter of the year, but could not put a firm date on when. 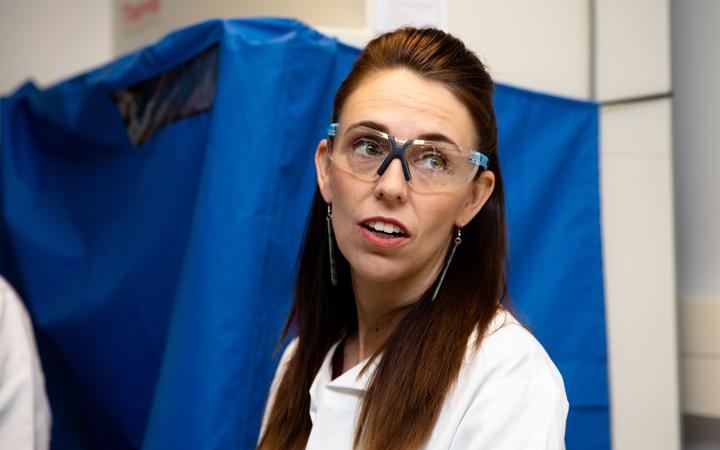 Once here, it would be "ready for use, ready for rollout", with hotel cleaners, security guards and border workers at the airport among those at the front of the queue.

"Those most at risk of getting Covid-19 will receive the vaccine first, with the broader community accessing the vaccine from the second half of the year," Ardern said.

"Subject to expected delivery of the first batch of the vaccine, we will start vaccinating first our border workers and the people they live with. People such as cleaners, the nurses who undertake health checks in MIQ, security staff, customs and border officials, airline staff and hotel workers will be among the first to get the vaccine."

It has been approved for people 16 years and older, with two doses 21 days apart.

Ardern encouraged all to get vaccinated and said people could have confidence in the vaccine and the process followed by Medsafe to approve it.

"I have said 2021 is the year of the vaccine. It's a full-year programme we have only just begun. We're not in a race to be first, but to ensure safe and timely access to vaccines for all New Zealanders.

"Getting vaccinated will save lives, and this is the next job of the team of five million."

Minister in charge of the Covid-19 Response Chris Hipkins said: "Following Medsafe's approval, Ministry of Health officials will give advice to the government this week about the 'decision to use' the vaccine. This will essentially set out who are most suited to receive the Pfizer-BioNTech vaccine, such as age ranges."

The first Pfizer-BioNTech vaccines were expected to arrive in New Zealand by the end of the first quarter, he said.

"Once vaccination of our border workers starts, we expect it to be completed within two to three weeks."

At a media conference in the afternoon, it was announced a new government advisory group established to identify issues pertinent to vaccine administration was scheduled to meet tomorrow.

Meetings will be convened by Ministry of Health chief science adviser Ian Town. The scientists will keep ministers informed on the framework used to administer four different vaccines, including who should receive these and under what circumstances.

Medsafe said it would continue to monitor use of the vaccine in the country including analysis of any potential side effects, which it said may include a sore arm or headaches as with other vaccines.

"The data was provided on a rolling basis, which streamlined the assessment process and enabled a timely approval without compromising the rigour of the review of the vaccine," he said.

"All the data is considered and we then complete a benefit risk assessment, which allows us to balance the benefits of the vaccine against any known risks such as side effects. We have determined there may be some minor side effects such as a painful arm and headaches - these are not uncommon in other vaccines.

"We have also wanted to ensure the company can manufacture the vaccine to a high quality, and that all batches are consistent."

Medsafe's website includes more information on the vaccine, including the medicine data sheet and full list of ingredients. Other details specifically tailored for consumers will also be published.

In the statement, Director-General of Health Ashley Bloomfield said the decision brought about a new chapter in New Zealand's response to the pandemic.

"I want to reassure New Zealanders we will also be applying the same rigour to all subsequent vaccine applications."

In a conference in the afternoon, James said despite the data process being streamlined, it had in no way compromised assessment standards.

"We have not cut any corners in assessment," he said.

The same process would be used with the other three vaccines.

The Oxford-AstraVeneca vaccine data had been rolling in and an application for approval had been received by Medsafe this week, James said.

The Janssen vaccine was also progressing well, with data being submitted and an application for approval expected during the second-quarter of the year, he said.

No application had been received for the Novavax vaccine.

Four separate teams of assessors had been allocated to look at the vaccines.

James admitted that data received from clinical trials and reports from overseas regulatory partners didn't confirm that any of the vaccines reduced transmission. Manufacture of the vaccines is primarily used in Belgium, Germany and the US. 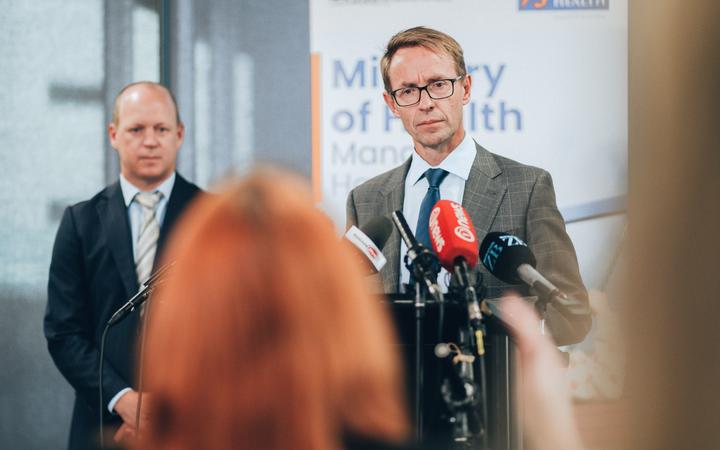 While Dr Bloomfield highlighted the decision as a "significant milestone", he warned: "There is more work to do, we are not out of the woods yet."

"Vaccination is a key next step in our ongoing response to this virus. It's also a good point to recognise the incredible amount of work New Zealanders have put in to support our successful response to date."

Dr Bloomfield said as soon as authorities were confident about the vaccine's arrival date, it would be made public.

Previously, he said he was confident that New Zealand would receive a Covid-19 vaccine by the end of March.

"We will be ready to start vaccinating people as soon as a vaccine arrives, and at this time the first vaccine we're expecting is Pfizer in this quarter," he said.

Last week, Pfizer said in a statement it was on track to deliver the first doses to New Zealand in February, and committed to its agreement to supply 1.5m doses during 2021.

If delays with Pfizer's vaccine were to occur, New Zealand had other vaccines to fall back on, Bloomfield said. New Zealand has agreements with AstraZeneca, Novavax and Janssen as well for the Pfizer-BioNTech vaccine.

Australia approved the Pfizer product last week. BioNTech and Pfizer this month raised their supply goal for this year to 2 billion doses, up from a previous aim of 1.3 billion.