As schools begin reopening this week, principals say their number one priority is their students' mental health. 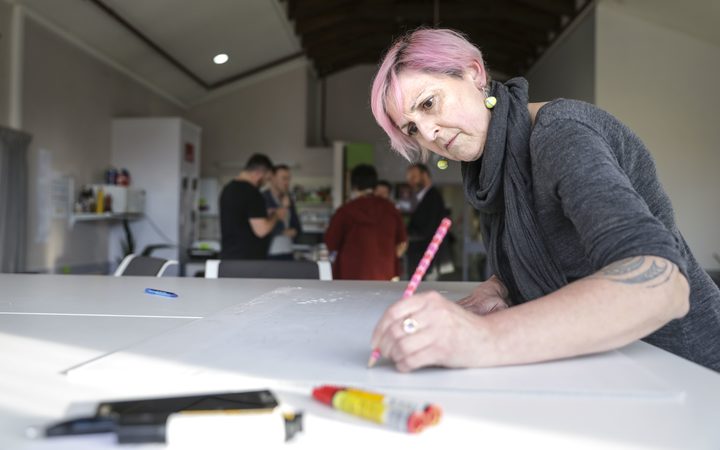 Otorohanga College principal Traci Liddall said some pupils fell out of the habit of attending school after the lockdown, while others felt shamed attending without lunch and other necessities. Photo: RNZ / Rebekah Parsons-King

They told RNZ the pandemic had a significant impact on some young people and schools needed to make sure they were happy and attending their classes.

Otorohanga College principal Traci Liddall said the school's number one priority when it reopened on Tuesday would be students' mental wellbeing.

"A number of our students really struggled with not being able to come to school last year," she said.

Liddall said some fell out of the habit of going to school because of the national lockdown and there was also a group who were affected by the economic fallout of the pandemic.

Liddall said the school had employed an extra staff member specifically to get students back to class this year.

She said preparing for another lockdown was "relatively high" on the school's list of priorities.

That included ensuring learning and planning could continue without interruption if the school had to shift quickly to home-learning.

The president of the Secondary Principals Association, Deidre Shea, said schools would start the year with a heightened awareness of the importance of being well-connected with their students' and students' families.

She said they also knew they needed to look after their students and their staff.

"So focusing on wellbeing, which I know has been said many times but I think its really important, focusing on caring for each other and being kind, so that we're all in a place where we can learn and we're ready to learn. I think that's been a really big change of focus," she said.

Shea said it was important for schools to gauge how much learning students might have missed last year, but she said parents should not worry about it because their children would catch up.

"It's really important people don't worry about 'lost time' because that will take care of itself with the right conditions," she said.

Principals Federation president Perry Rush said primary and intermediate school teachers and principals were looking forward to the new school year, but they would be nervous about the possibility of another lockdown.

"There'll be a bit of trepidation for teachers and principals keen to avoid any further disruption this year, hoping very much we don't see any resurgence in the community," he said.

"There will be some tension there."

Rush said primary and intermediate schools will also be focusing on children's wellbeing, and in particular irregular attendance, which had been a growing problem.

"It has been exacerbated with the Covid challenge," he said.

"We saw some improvement over the last-term of 2020 but I think with the long summer break and the potential for parents' employment to be disrupted as a consequence of Covid, we'll need to be very mindful of tracking every young person."

Leanne Otene, principal of Manaia View School in Whangārei, said many Northland schools had problems with attendance last year because of Covid.

She said testing showed children's achievement at the end of last year was not as good as their teachers' would have hoped, but it was better than it might have been given the circumstances and the school will try to accelerate its students' learning this year.

Otene said the school would also focus on staff wellbeing this year, because last year took a lot out of teachers.

Schools can reopen for lessons from today until Tuesday 8 February.