Two of Auckland's largest Waitangi Day celebrations have been cancelled due to concerns over recent Covid-19 community cases. 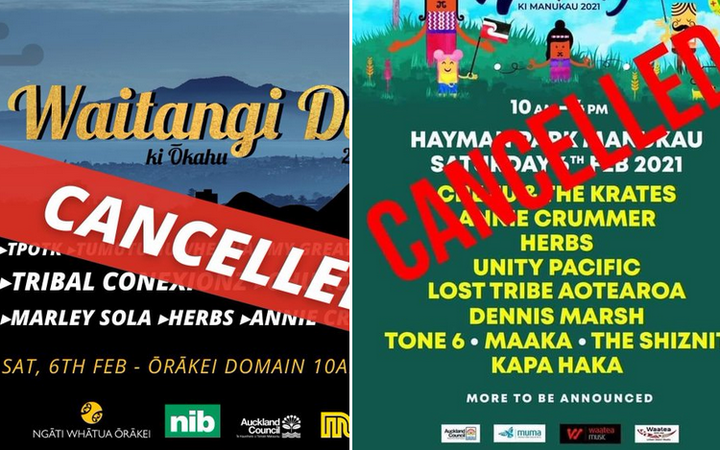 The Waitangi ki Ōkahu and Waitangi ki Manukau festivals were expected to draw tens of thousands of people out next Saturday.

"A lot of planning had gone into this [event] and obviously some money had been put aside for it and spent, but as I said, the safety of people and the wider community comes first and foremost," Irvine said.

"You can't really do Waitangi Day on another day, however, we have said, hopefully depending on the future situation with Covid, we may be able to celebrate at a later date," he said.

Last week Māori Party co-leaders Debbie Ngarewa-Packer and Rawiri Waititi said they would not be travelling to Waitangi for commemorations of the signing of Te Tiriti o Waitangi.

They said they were taking a cautious approach and there was nothing more important than protecting whakapapa.

Auckland's Mayor is relieved his city can enjoy the long anniversary weekend without any heightened Covid-19 restrictions.

Yesterday, Phil Goff was informed by Director-General of Health Ashley Bloomfield that level one restrictions would suffice.

Goff said the last thing Auckland needs is another lockdown.

He will be attending Chinese New Year celebrations today before hitting the beach on Sunday.