E tū union says 90 homecare workers from Lifewise are continuing to strike despite threats of a lockout from their employer. 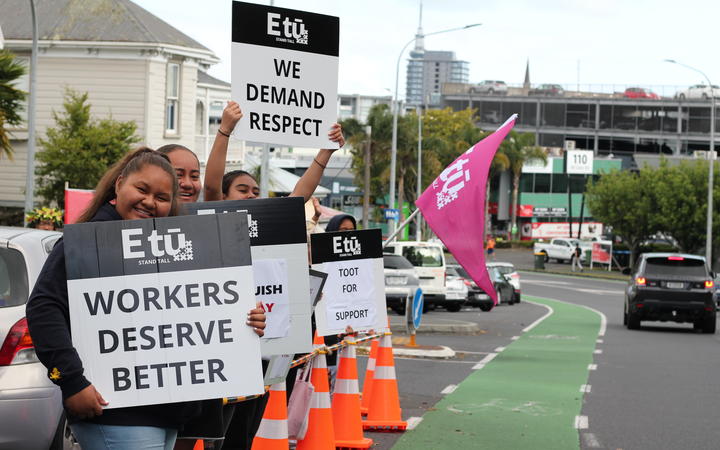 They have been striking since mid-December and plan to picket outside Lifewise's Mt Eden office tomorrow.

The Auckland-based organisation is part of the Methodist Church.

E Tu director Kirsty McCully said the workers were steadfast in their demands, despite the threat from their employer of 10 days without pay next month.

She said that was pretty agressive action from Lifewise, instead of returning to the bargaining table.