NCEA results are out and it appears most teenagers overcame the disruption of the pandemic and did well in the national qualification. 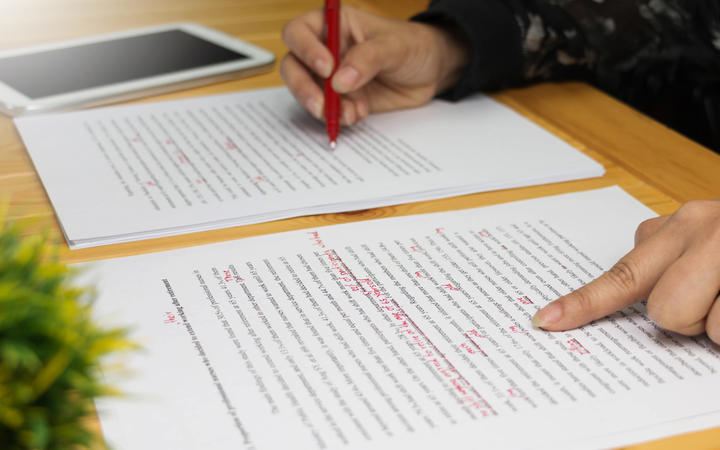 Education Minister Chris Hipkins said the provisional 2020 results were similar to previous years and in some cases slightly better.

That's despite the national and Auckland lockdowns robbing schools of weeks of classroom time.

Hipkins said he was especially pleased that level 3 results for school-leavers had improved.

It appeared more students had achieved their NCEA certificate through internal assessment before they sat their exams, but it was not yet clear how the results were influenced by extra "learning recognition credits" awarded to students last year, he said.

Auckland schools went through two lockdowns and many students in the city were particularly nervous about their NCEA results.

Māngere College principal Tom Webb said its NCEA achievement rates were among the best the school had ever recorded.

"We've been really pleased with our results, they're some of the best results we've had as a school," Webb said.

That was due in part to a heightened sense of urgency among students last year, he said.

"Definitely the learning recognition credits had some impact, but even without those as we were tracking through the year we were seeing better engagement from the students when they were at school."

"When they came back to school, particularly after that first lockdown, students were really pleased to be back at school, really appreciated school, their teachers, the relationships they had with their friends and with their teachers, just appreciated what they were getting from school a lot more and gave them that urgency that this is what we need to be getting done."

The school had also focused more on the needs of individual students and what they needed to do to achieve their NCEA certificates, Webb said.

James Cook High School principal Grant McMillan said he owed his staff a morning tea shout because the pandemic had not stopped the school from continuing a trend of improving NCEA pass rates.

"We're really pleased. Our pass rates are in line with or actually better than the trend we've set over the past three or four years," McMillan said.

The extra credits allocated to students were useful for some students, but most did not need them to get their NCEA certificates, he said.

"The learning recognition credits have had an effect for a small number of students, but even without those based on the work we've done and the trends over the last three years we would have exceeded our expectations for 2020 anyway."

One of the school's students, Eline Peni, said she had been nervous going into exams and had been hoping to get more merit and excellence results.

"Some of the results I felt disappointed in but overall I managed to pass which I'm grateful for," she said.

Another James Cook student, Te Rongopai McNaught, said she passed most but not all of her exams and though she achieved level 2 with merit, she felt the pandemic had affected her performance.

"I was on a high point in my education and then the whole lockdown came and I just lost it," she said.

Papatoetoe High School principal Vaughan Couillault said the school's level 1 pass rate was similar to 2019, but its pass rates at levels 2 and 3 appeared to be slightly better.

"We've had a decrease from anywhere between three to 10 percent in our academic performance compared to 2019," McCracken said.

"For us it's purely the disruption of Covid-19 from 2020 and that lack of face-to-face contact that we were able to achieve with our kids through a really, really disruptive and uncertain time for them."

Some students did not get enough internally-assessed credits, often because they did not return to school promptly after the lockdowns, and other students failed some of their exams, he said.

The school would run extra courses for students who had just missed out on achieving their NCEA certificate.

The learning recognition credits awarded to students last year were a great help for many students but for some they weren't enough McCracken said.

"What we're seeing now is that Covid-19 has a bigger effect on everything and this is just one measure of the impacts this pandemic has had on our young people," he said.