The tourism industry is struggling to fill a $6 billion hole left by international tourists who are unable to visit New Zealand during the summer months. 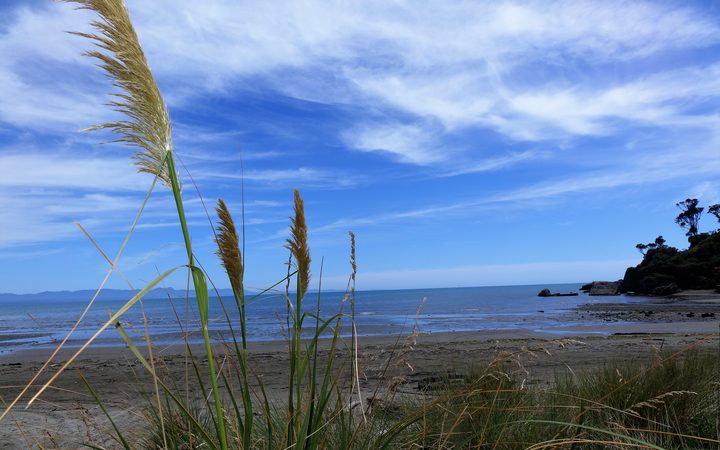 He says last year, international visitors spent over $3b in December and January.

"So that's effectively disappeared entirely ... so while the domestic visitor spend, when we do get the figures, might be up slightly, it's not going to go anywhere near replacing that $3 billion."

International tourists would then go on to spend another $3 billion in February and March, as New Zealanders returned to work, Roberts said.

A tourism campaign encouraged people to "Do Something New, New Zealand" to support the tourism sector, and while New Zealanders have flocked to beaches and lakes, other regions are still doing it tough this summer.

Golden Bay, the Abel Tasman region and the Tasman District had been especially busy, Roberts said.

In Motueka, the Smoking Barrel Restaurant - which sells slow-cooked American-style meats and is famous for their donuts - has broken all sales records.

Owner Josiah Smits says last summer they were flat out making about 400 donuts each day, but this summer they had increased output to 700 a day, and frequently sold out by 2pm.

"It's been quite overwhelming. We knew we were going to be busy, but this is another notch above that ... at times it has been tricky to manage that."

Smits said he had barely been home in the last couple of weeks, working almost 140 hours last week, and his chefs working 80 to 90 hours.

"I look back and I think, how did we do that? How did I do that?

"We talk about it as if we're an army going to war, and that's what it feels like sometimes."

The Coromandel is also seeing a busy summer, even without international tourists.

"That peak time that we just had, those three weeks, the international travellers that have fallen short have basically been made up by Kiwi travellers."

But Roberts said not all regions were seeing high visitor numbers.

"For some other parts of the country that have a heavier reliance on international visitors, they've been doing it hard... So the likes of Queenstown, Fiordland and Westland have still struggled right through this Christmas-New Year period."

Distance from main population centres was another factor, he said.

"What we're seeing is those places within two to three hours' drive of a main centre have been doing well, but places a little bit further away are not attracting New Zealanders in significant numbers, and those are the ones that are struggling."

Owner Mark Quickfall said before Covid-19, 80 to 90 percent of his clients were from overseas and while the domestic market had since grown, it was just not enough to make ends meet.

"We're treading water, in the hope that either a bubble with Australia will occur or that the vaccine is distributed wide enough that we can get an air corridor into New Zealand."