People teeing off the 13th hole at Chisholm Links these next few weeks may find themselves face to face with a 150 kilogram sea creature that selected the Dunedin golf course as a place to give birth. 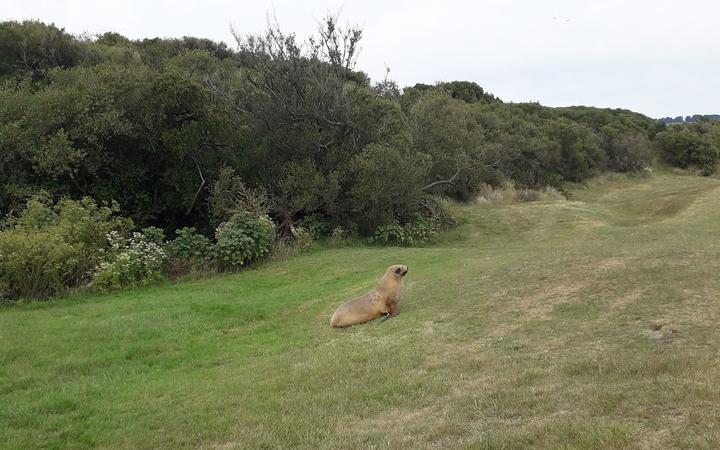 Dunedin City Council has closed a section of John Wilson Ocean Drive which separates the course from the ocean, so Hiriwa the sea lion and her new pup can safely access the water.

Hiriwa, who was first spotted about a week ago, is currently nestled in bush alongside the 13th hole in order to care for her newborn.

"She has come up John Wilson Drive and into the golf course to have her pup in some bushes there," he said.

"Very definitely she's had a pup - I managed to retrieve the placenta and throw it over the cliff... so it wouldn't attract any dogs."

It is getting to the time that Hiriwa will start making trips to the ocean to feed, which will involve crossing John Wilson Ocean Drive.

The city council has acted on DoC's request and closed a section of the road for the next month.

"So long as golfers gives them a respectful distance and are mindful that they're there and don't hit golf balls in their direction, I think it should pan out quite smoothly," Fyfe said.

"I'm probably more worried about dog walkers who take their dogs walking around the golf course. They they might not be expecting to see a sea lion pup turn up out of the woodwork."

"We found the sea lion on the edge of our 13th fairway at the club sort of minding its own business and looking quite relaxed, so we sort of left it to do its thing," he said.

"I'm imagining a new mum could be quite protective of a new baby, but so far we haven't had any reports from members about any unusual behaviour or aggressive behaviour, and we haven't even had member say [they've seen] the sea lion or the pup.

"She must have found a pretty good secret hiding space to bring up her new baby sea lion for the next few weeks." 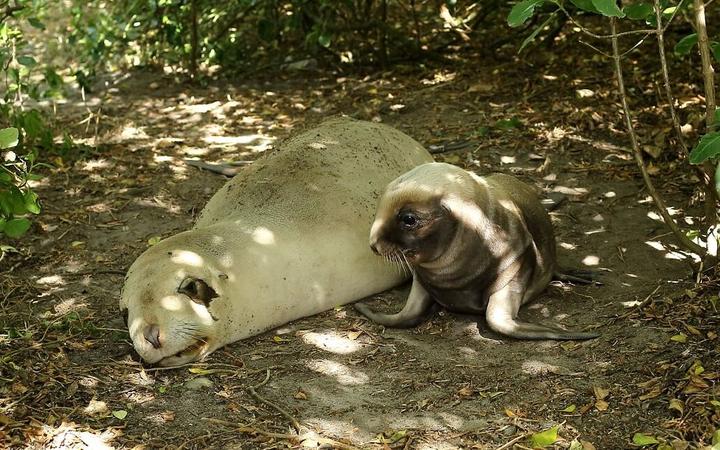 Jim Fyfe said it has been a bumper breeding season for the region's sea lions.

"This year we expect 20 sea lions around Dunedin to give birth. This is going to be a record number for us.

"New Zealand sea lions are a threatened species that is just recovering on the mainland coastline, so it's really good news."

Dog walkers are being warned to keep their pets on a leash and to stay clear of the large female and her pup.

The process now begins of choosing a name for the baby sea lion.