There is an increased risk of community transmission from the UK strain of Covid-19 that is now arriving in the country, says epidemiologist Michael Baker. 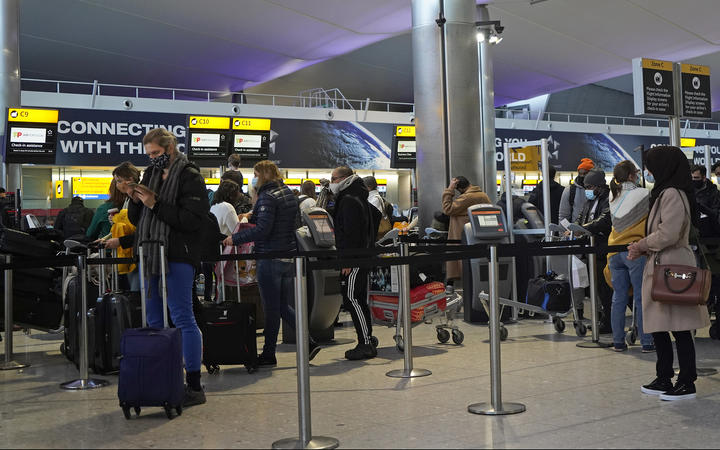 Most of the new cases with the new variant have come into NZ from the UK. Photo: AFP / Niklas Halle'n

There were 31 new imported cases of Covid-19 reported today, with the Health Ministry also revealing that 19 people have tested positive for the more infectious UK variant of the virus at the New Zealand border in the past four weeks.

The variant is considerably more transmissible than previous strains but not necessarily any more dangerous for those infected. First detected in November, the variant has driven a spike in cases in the UK and has now spread across the globe.

The Ministry of Health said today most the 19 cases seen in New Zealand's managed isolation facilities had come into the country from the UK via the UAE, Qatar or Singapore.

"Infection prevention control protocols are in place for all staff and we can assure the public that there is no increased risk to the community."

But Baker said there clearly was a risk.

"If the variant gets into the community, it's more likely to cause an outbreak and it will be harder to control."

Baker said the ministry was right that the same strict protocols were being followed at the border, but from a risk assessment point of view the risk has been turned up.

"Pre-flight testing will obviously reduce the amount of positive cases at the border - some countries have banned arrivals from the UK altogether but that's taking it to far.

"We still need to allow New Zealanders the right to come home, but we do need to put in more effort to reduce the number of infected people getting on flights."

People should stay home for the week before their flight and be extra cautious when they travel to the airport, he said.

"We have a booking system so we know who is coming back to New Zealand as most have arranged their plans months in advance.

"We should be contacting them and giving them advice on what they should and shouldn't be doing," Baker said.

He said people often use their time before a flight catching up with friends and family to say goodbye which increased the risk of getting Covid-19.

"There's a vital opportunity in the week before a flight to reduce the chance of getting the virus so that could be the next focus for New Zealand's defense against it."