Is rural generalism best for the Coast?

In recent weeks, various medics and their union have - unusually for the profession - aired their views in this paper on the use of 'rural generalists', a new breed of doctor increasingly being employed on the West Coast to work both in hospitals and at GP clinics. 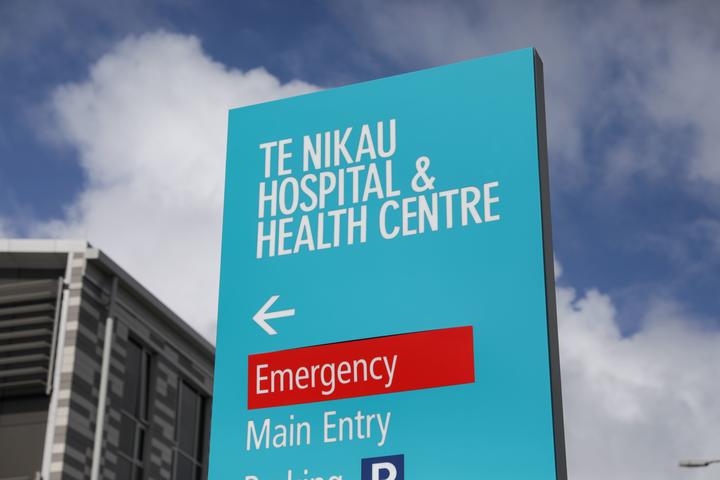 For the West Coast District Health Board, 'rural generalists' or rural health specialists, as they're also known, are a godsend: the answer to the region's perennial difficulties in attracting specialists and GPs. But the senior doctors union, the Association of Salaried Medical Specialists, has warned of their potential to displace more highly-trained doctors, and ultimately reduce West Coast residents' access to that level of care. What is the community supposed to make of this? What exactly are rural generalists and how safe are people in their hands?

Greymouth Star local democracy reporter Lois Williams sat down to find some answers with the RG leading the programme in Greymouth, Dr Brendan Marshall, and the DHB's acting chief medical officer Graham Roper, a specialist anaesthetist who trained in New Zealand, Australia and the United Kingdom.

Brendan Marshall is possibly the most enthusiastic advocate on the planet for 'rural generalism'. This may be because he is from Queensland, where it all started and where he was one of the first cohort of doctors to be trained in the system.

The boy who grew up in the small town of Dalby (population 12,000) is a believer because he says rural generalists have transformed health services in his hometown and changed outcomes for patients across the largely rural state.

"Going back 20 years, a lot of places had lost their maternity services -- rural generalism has restored them, and it's fundamentally changed the dynamic; there are now sustainable health services and teaching and training centres in those rural places like Dalby all over Queensland."

The rural health specialist model sprang out of a dark time in the State's medical history, Marshall says.

Between 2003 and 2005 an overseas surgeon was held responsible for the deaths of multiple patients at Bundaberg Hospital. He was later barred for life from practising and convicted of fraud.

Recruiting and retaining highly-trained specialists has been problematic for rural hospitals for years on both sides of the Tasman, and places like Canada.

The Commission of Inquiry that followed the Bundaberg debacle concluded that the only sustainable way to deliver safe health services to rural hospitals was to train doctors specifically for the role and tailor their skills to match the needs of the community.

In a programme run by the Royal Australian and NZ College of GPs, medical students can opt for post-graduate training in one or more specialty, such as anaesthetics, emergency medicine and obstetrics.

Marshall chose obstetrics, becoming the first GP to complete an advanced diploma in the specialty through a New Zealand accredited provider. His scope of practice, as with other rural generalists, is strictly limited.

Marshall is credentialled to perform caesarians but not complex gynaecological surgery, such as prolapse.

Both the training and the oversight is rigorous, he says.

"The training for the advanced diploma in obstetrics is overseen by the O and G specialist college, and it also supports it and signs off on it and puts clear boundaries around what you can and can't do."

About 220 babies are born each year on the West Coast -- about 80 of them by caesarian section.

Doctors no longer have to perform a set number of operations to remain credentialled but they must keep logbooks, and their competence is regularly assessed by senior colleagues, Dr Marshall says.

Under his contract he must make regular visits to Christchurch Women's Hospital and work under the eye of DHB specialists there.

"When I go over there, I don't just work away in a theatre with the door shut -- they come in, they might not scrub, but they will watch you and make sure your skills are still up to scratch and they're happy you are providing safe care,'' he says.

The same checks apply to the other RGs with specialist skills in limited areas.

So can West Coast women be confident that whoever is on duty the night their labour goes wrong, will be competent to perform an emergency caesarian?

"I can promise the community that any woman who needs an emergency caesar on the Coast will get it; she will always be treated by someone qualified to do it -- and she will be safe."

West Coast DHB general manager Phil Wheble is at pains to point out that taking on rural health specialists like Marshall does not mean the DHB is getting rid of specialists fully trained in obstetrics and gynaecology. It has one O and G specialist on staff at present and has just recruited a second.

So why does he think the doctors' union (ASMS) and others have warned that a rural generalist workforce could erode access to specialist care on the Coast?

"I think perhaps we haven't done a good enough job of explaining exactly what these terms mean and how it will work," Wheble says.

Marshall believes there is confusion about the use of the term 'specialist'.

"Specialty is a funny term ... doctors have done very well by using it as marketing. My core skills are in rural medicine, and I am a rural specialist. My key added skill is obstetric care."

He stresses that his surgical scope is limited to caesarians.

"If I'm called to examine a patient who turns out to have appendicitis, I'm not going to say. 'Oh, I'll give that a go' -- that is not something I'm credentialled for. I'm going to pick up the phone and call the surgeon and say, 'this patient has appendicitis, can you take over?'"

He worries that the West Coast is being "played" as a political football by the union.

"This is new to New Zealand but it is a proven model in places of similar size. If it flies here (Greymouth), other centres in New Zealand will rightly identify that it could work for them," Marshall says.

"That won't tip people out, but it will potentially restrict work for locums. If all of a sudden you have created a model with more sustainability, locums can't fly around the country and pay for their renovations by working three weekends in a row."

It is not unusual for locums to fly in, work every second week for a few months, wax lyrical about the Coast and vanish, never to be seen again, Marshall says.

Another of the RGs, who asked not to be named, says for the first time in many years the West Coast now has a stable population of highly skilled anaesthetists, obstetricians and emergency doctors.

"The Te Nikau workforce, now a mix of college fellows and rural generalists, are providing the highest level of care the Coast has seen in years," the doctor says.

"We are doing more operations with fewer complications than we had with the locums, and we are doing it cheaper."

But as departing Greymouth surgeon Mindy Young-Reeves has pointed out, the West Coast DHB pitched the rural generalist model as the answer to the region's GP shortage -- and so far it is not.

Most of the 12 rural generalist doctors employed to date are working at Te Nikau Hospital.

There, she says, they are being used to plug gaps in the hospital workforce while the overloaded GPs are still tearing their hair out, and locums are still staffing clinics in Reefton and South Westland.

But it's early days, Wheble said.

"We have to start somewhere ... we have generalists now supporting services in Westport ... Reefton and South Westland are next on the list."

Hospital work has made up the bulk of the RG work to date, Marshall confirms.

"For the size we are, we're very busy in emergency, and the group's skill mix has concentrated on acute care. The move to Te Nikau has allowed us to give some help to the GPs, but 12 doctors is not a lot with three shifts a day."

Young-Reeves has also sounded the alarm about the temptation for RGs to push the limits of their scope of practice.

An eyebrow-raising recent example she cites at Te Nikau involved an RG who tried a lengthy procedure - under local anaesthetic - that neither she nor her senior colleague would have attempted, she said.

"I will not breach patient privacy by describing the operation but it was a job for a plastic surgeon, and the patient was sent to Christchurch in the end, to complete it," Young-Reeves said.

Acting chief medical Dr Graham Roper says that incident is under investigation but at this stage he is not aware that any doctor has worked outside his or her approved scope.

Young-Reeves' comments - unusually frank in the New Zealand context - raised the ire of Ian Powell, the former director of the senior doctors' union, the Association of Salaried Medical Specialists.

"They (the comments) come from a recently-appointed surgeon from northern California who has subsequently resigned," he said in a media release.

The 39-year-old surgeon was "relatively young" and had no experience of rural generalism in her home country, Mr Powell noted, somewhat crustily.

The ASMS has declined to engage with its former director but his comments have exasperated those now heading it - and striving for an industrial agreement that fairly represents all doctors.

Young-Reeves is cheerfully unfazed by the criticism.

"I had nothing to lose by speaking out and I could do it without worrying about potential consequences for me, because I'm leaving."

The Californian has received support from other hospital staff and others in the community who thanked her for raising her concerns, she says.

"Don't get me wrong - I fully support the concept of rural generalism, but mainly to support GPs and give people here the continuity of care they deserve at that primary level. I really hope it works out for the Coast community."

Brendan Marshall, Graham Roper and Phil Wheble are determined that it will work out.

"We need to be clear, Te Nikau will not be a 'GP-run hospital', we still have our specialists but now we also have people on board who are trained and qualified to pick up certain parts of the workload," Roper says.

Marshall says the patient safety stats for rural generalists are good -- and studies done on similar programmes overseas largely bear that out.

In Canada, a study comparing caesareans provided by rural GPs with those of specialists concluded that rural GPs performed the operation with "an acceptable degree of safety". And in Nova Scotia, rural hospitals fewer than 100 deliveries a year performed by rural generalists had the lowest complication and death rates in the province.

But because the training programme is relatively new to New Zealand, many doctors know little about it, Marshall says.

"It's unfamiliar even to my colleagues in the bigger hospitals, so it's perhaps natural that people are suspicious of it, but having seen what it's done in Queensland -- hospitals that were struggling are now thriving training hubs and the outcomes for patients are better."

The variety of the job means rural hospital doctors are more likely to stick around as well, he says.

"Part of the nice thing about living in a rural place, you know you will never be part of it the same as a fourth-generation person will, but you've got a unique relationship with people you're living around.

"The same people I play cricket with, I'm delivering their babies, and to fight for something for them that you believe will deliver better care in the long term you feel lucky to be part of that."

But in future the DHB will have to do better in communicating its plans and strategies not just with the public but with its own staff, the trio agree.