A new report forecasts a crash in the numbers of houses to be built over the next three years, but builders say they are busier than usual. 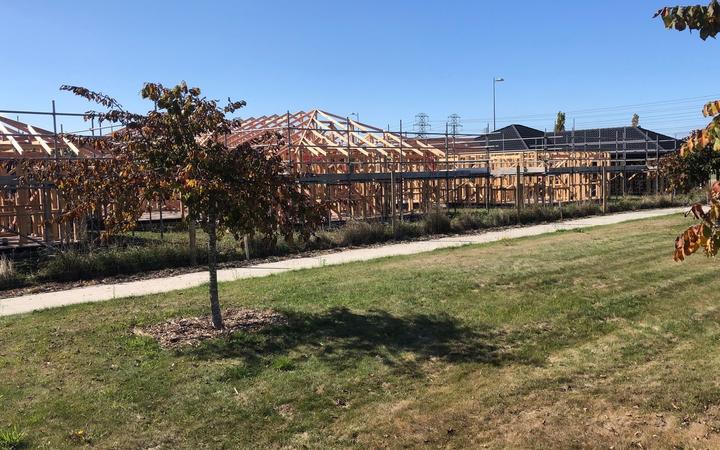 It predicts the numbers will fall substantially as banks tighten lending.

The value of residential building is tipped to hit just $13.4 billion in 2023 - about 43 percent down from last year.

The National Construction Pipeline Report 2020 was commissioned by Ministry of Business, Innovation and Employment (MBIE).

Residential building makes up the bulk of construction activity and is typically the hardest hit by changing economic conditions.

Construction Industry Council chair Graham Burke told Morning Report the forecast was counter-intuitive because people on the ground were saying they have never been this busy.

"Builders are saying they are booked up for all of next year and some into the following year."

He said for building to come to a halt would take something significant happening.

"There's plenty the government can do to make sure that consumer confidence remains. The government are building more houses themselves than we've seen in decades; that's a small part of the industry, we do need private houses to continue."

Burke said there was a shortage of materials from overseas, which are expected to get tighter over the next quarter.

"There's certainly nothing to suggest the kind of drops that are being forecast in this report.

"Any business has to be prudent and we are in volatile times."

He said there were a record number of apprentices but they are "barely enough to cover the retiring baby boomers".

The government needed to do more to stimulate the private market, he said as the industry waits for an announcement regarding more rentals and first homes in early 2020.

"We wouldn't want to see a major tightening of monetary policy because that could have an adverse effect."

Burke said the Labour government needed to look at how Australia maintained consumer confidence following the global financial crisis in 2008.

"Anything to improve the supply of land quickly would be a very good step. We know there is a real shortage of sections, especially in Auckland, and sections ready to go to market, so getting that infrastructure in place would be a major help.

"The supply and cost of land is probably the biggest problem holding the prices up."

Burke said for those looking at building their house: "Find a good builder and book them in soon."

The report finds that despite the forecast, demand for residential housing remains strong.

"Infrastructure construction is expected to increase, particularly in Auckland and Waikato/Bay of Plenty. Infrastructure is the only construction area forecasted to see sustained growth, reaching $10.1b in 2025- up 6.3 percent on 2019."