Overseas New Zealanders are struggling to get home to see dying loved ones - and hitting out at the government's slow turnaround for emergency managed isolation applications. 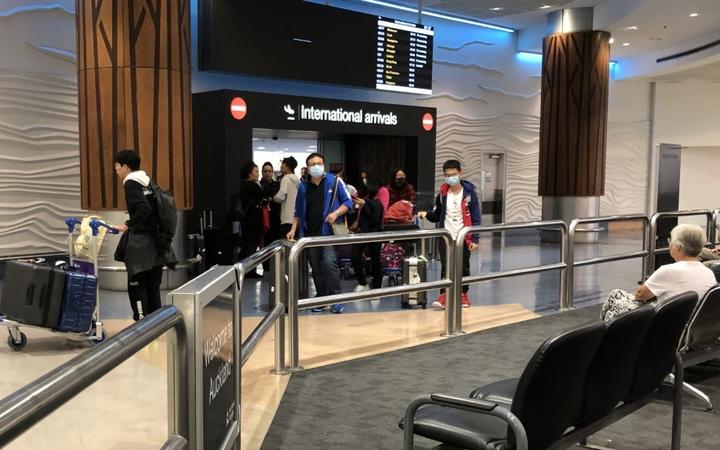 The system offers a lifeline to people who need to come home within seven days, yet some are waiting a lot longer just to have their applications assessed.

Not wanting to endure the current 10-week wait for spaces, Maikel said he applied to cross the ditch from Brisbane and see his gravely-ill mother.

He became eligible this month when MBIE widened its emergency allocation criteria to include people with dying relatives, people who need to care for children in unsafe situations, some critical workers and people stuck in travel limbo.

Yet he heard radio silence from the Ministry of Business, Innovation and Employment after sending in the application, and the additional information about her condition that they requested.

"Initially I waited two, three days then I put a second request in. Then my brother put in a request as well. At one point, he even affixed a photo of my mother not doing so well, just to try and hurry things along. But still got no response," he said.

Fearing he'd have to endure another long wait, he said he began sifting the allocation website daily for any cancelled bookings and struck it lucky, securing a room last week.

"But unfortunately, she's since passed, she's had her funeral and I've been unable to attend either of those," he said.

He is yet to hear back from the ministry's emergency applications team about his request, or the email he's now sent in to cancel it.

MBIE aims to process emergency allocation applications within three business days, but that begins from the point of collecting "all of the necessary supporting evidence".

RNZ has heard from four people who spent four to 16 days in limbo.

Samantha Gallagher spent more than a week waiting to hear if she could travel from Victoria to see her father-in-law, who was in palliative care with stage four lung cancer.

When MBIE responded asking for his life expectancy his condition had seriously deteriorated.

By the time the application was accepted last Wednesday, he had died.

"I've called them every single day ... and every time we've gone through, it's like you only get to the enquiry bit. They can't see your application. They can't see where it is in the process line. I was told, a majority of the time, that they couldn't escalate our application - we'd just have to wait. Eventually, one person said they could escalate it for us and it's done nothing for us," she said.

In a statement, MBIE apologised for the delays experienced by some applicants.

As of yesterday, it had 27 applications at the top of the queue, where it had obtained all the "required evidence".

It said there were another 108 cases where it had requested additional information to make a decision and had not received it yet.

Applications were being triaged in order of the emergency criteria, meaning priority went to people with a serious risk to their health, who needed to provide critical care to a dependant person or couldn't legally stay in their current location.

"The number of applications in the queue is manageable, and the team are working steadily to address this, while concurrently processing new applications," it said.

"Steps to improve the processing times include bringing in additional resource to the team and moving from a highly manual system to a new streamlined process with the introduction of a new case management system."

Samantha Gallagher said MBIE needed to "step up" because no-one should have to go through the waiting and frustration that she did.

Maikel wanted the application process improved "quite considerably" and he felt the three-day target turnaround for applications wasn't good enough.

"They need to have a phone line to be able to contact them to at least ask questions. At the moment there's a phone service, but the only responses are 'email and wait for them to respond'. And the time frames just aren't suitable - I think they should have a 24-hour turnaround," he said.

He believed there should be "at least double" the number of rooms set aside for emergency allocation.

MBIE said processing applications was "a time-pressured and, at times, harrowing" task, with decisions carefully considered by senior staff.

It said it would continue to review the number of rooms set aside for emergency allocation to ensure there are enough.