GeoNet has issued a Volcanic Alert Bulletin for Mt Ruapehu, as the temperature in the crater lake continues to rise. 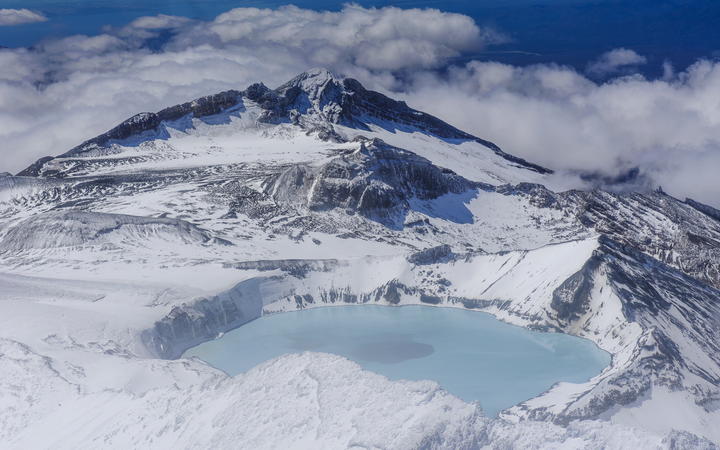 Scientists have raised the alert level to two which indicates moderate volcanic unrest.

The crater lake continues to heat and is now 43C, accompanied by bursts of volcanic tremor and a marked increase in the amount of gas through the crater lake.

GeoNet in a statement said the combination of the increased lake temperature, volcanic tremor and gas output have led to the alert level change.

"Mt Ruapehu is an active volcano and has the potential to erupt with little or no warning when in a state of volcanic unrest. The Aviation Colour Code is changed to yellow.

"While Volcano Alert Level 2 is mostly associated with environmental hazards, eruptions can still occur with little or no warning."

The Department of Conservation said the area within 2km of Te Wai ā-moe/Crater Lake was closed due to the increased risk of eruption at Mt Ruapehu.

Mount Tongariro and the Tongariro Alpine Crossing were not affected by this.

It had also posted on its Facebook page a map of the no-go zone.

They planned on doing an aerial sweep of the area tomorrow to ensure no-one was around, DOC spokesperson Connie Norgate said, but otherwise climbers or campers would be notified via the GNS app.

"Generally people don't register on entry to the park, so we can't always tell who is where," she told Checkpoint.

Norgate said she did not envisage there was enough change in the crater for it to be visible to those nearby at this stage.

She said this was not a common occurence, and the last time she could remember this happening was in 2016.

"We have relatively robust plans in place based on historical experience and we update those annually."

Duty volcanologist Mike Rosenberg said gas output through the crater had also increased markedly with the mix of gases in the plume the largest measures in the past two decades.

"People should be aware, as I'm sure they are, that Ruapehu is an active volcano and things can change very quickly. People should have a slightly higher level of awareness and pay attention to the information that's provided when they go to the mountain."

Visitors can check the local DOC centre or their website and GNS's app to get updates.